What does Brian mean?

[ 2 syll. brian, br-i-an ] The baby boy name Brian is pronounced as BRIYaeN †. Brian is used predominantly in the English, Gaelic, and Irish languages, and its origin is Celtic. It is derived from the element 'brígh' meaning strength, power, force. The name was widely used in Ireland because of Brian Boru (941-1014) or Brian Bóraimhe, the famous Irish High King who unified the leaders of Ireland and freed the land from Viking occupation. In medieval times, the name was most common in East Anglia through the introduction from the Breton settlers who arrived in the wake of the Norman Conquest. It was later revived in the 18th century through a re-introduction from Ireland. The name Bryony is sometimes taken as the feminine form of Brian. The name Brianna (English and Irish) and the name Brígh (Irish) are the female versions of Brian.

Brian is a popular baby name for boys. The name's popularity rose from the 1920s up to the 1970s; before that, it was of infrequent use only. Its usage peaked in 1973 with 2.213% of baby boys being given the name Brian. It ranked at #8 then. The baby name has since experienced a steep loss in popularity. In 2018, its usage was 0.084% and its ranking #235, but it was nonetheless the 2nd most popular after Bryan, among all boy names in its group. In 2018, it was used 0.954% more than Brian. The name Brian has been mostly given to baby boys, though it has also been used as a girl name in the past century. In 1984, the name Brian was given to 161 times as many baby boys than girls. 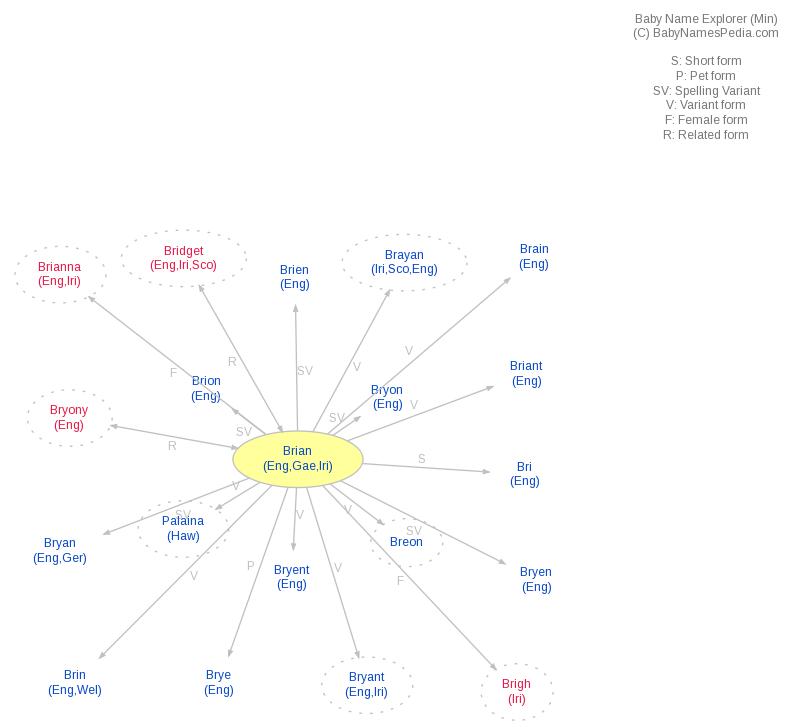