What does Britt mean?

[ 1 syll. brit(t), br-i-tt ] The baby girl name Britt is also used as a boy name, with the latter form being slightly more popular. It is pronounced BRihT †. Britt's language of origin is Old Norse, Celtic, and Old English. It is predominantly used in Dutch, English, and Scandinavian. The name was first made known to English speakers by the Swedish actress Britt Ekland (1942-).

Britt is also a shortening (English and Scandinavian) of the English Brittany.

Forms of Britt include the names Briet, Brit, Brite, and Britte.

Britt is a rare baby girl name. At the modest peak of its usage in 1973, 0.009% of baby girls were named Britt. It was #885 in rank then. The baby name has experienced a decline in popularity since then, and is currently used only on an infrequent scale. In 2018, out of the family of girl names directly related to Britt, Bridget was the most widely used. Although there were times from 1969 to 1973 that Britt was more popular with girls, today it is somewhat used more commonly as a boy name. 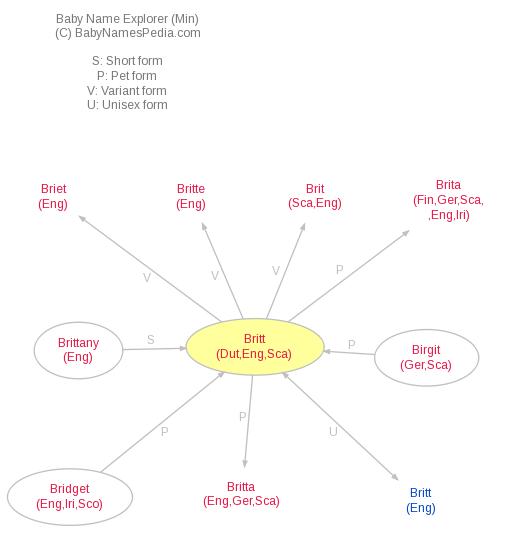