What does Brock mean?

[ 1 syll. broc(k), br-o-ck ] The baby boy name Brock is pronounced BRaaK †. Brock's language of origin is Old English, and it is predominantly used in English and Irish. The first name is derived from the surname. The surname could be of the Old English brocc, cognate with the Celtic 'broch', or else it could be a variation of the surname Brook or Brooks. In traditional children's and folk tales, this was the name of a badger. The form Broc has been used as a first name in Ireland since the Middle Ages.

The origin and meaning of the name Brock is inherited by all variant forms.

See also the related form, the English and Irish Braxton. 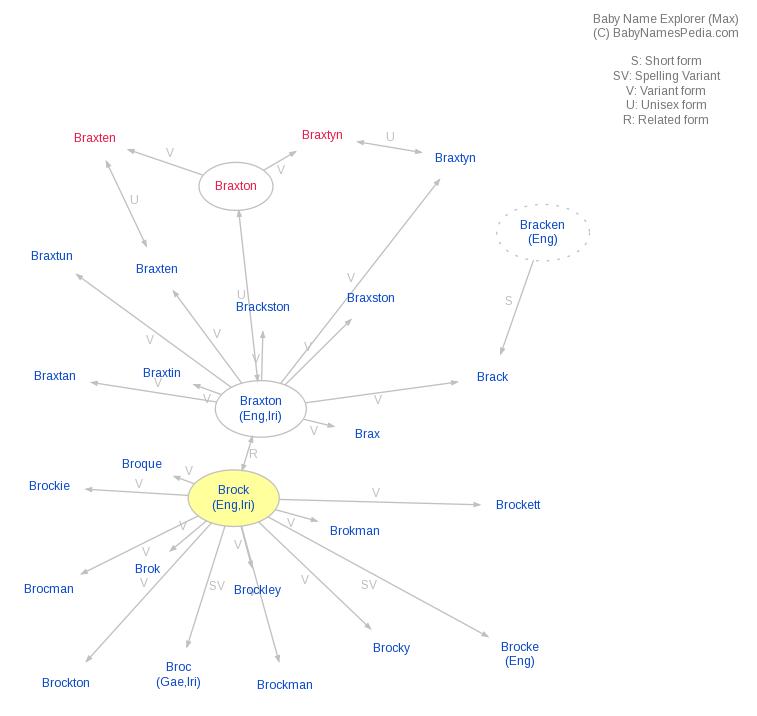