What does Bronson mean?

[ 2 syll. bron-son, br-ons-on ] The baby boy name Bronson is pronounced as BRAHNSahN †. Bronson's language of origin is English and it is also used mainly in the English language. The meaning of the name is 'son of Brown, son of the dark-skinned one'. Its meaning is from son ; brown. The first name is derived from the surname which means 'son of Brown' or 'son of the dark-skinned one'. It use has been promoted by the actor Charles Bronson (1921-2003) and his tough masculine film persona. 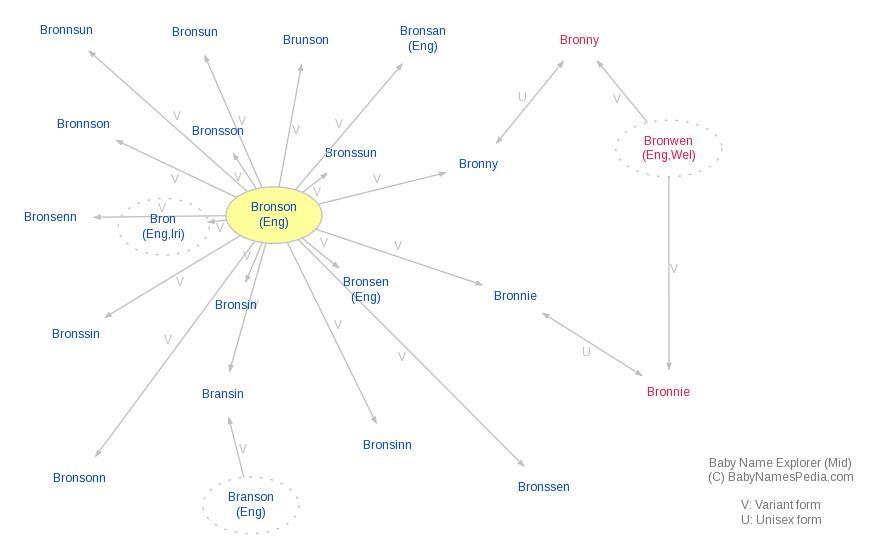