What does Bronwen mean?

[ 2 syll. bro-nwen, br-onw-en ] The baby girl name Bronwen is pronounced as BRAHNWehN †. Bronwen is mainly used in English and Welsh. It is of Welsh origin. The meaning of Bronwen is fair bossomed. It is derived from the words 'bron' which means breast ; 'gwen' white, fair, blessed, holy. The name has been a long-time favorite in Wales, and its use spread to other English speaking countries from the end of the 19th century. In literature, it has appeared as the name of the fictional Bronwen Morgan in Richard Llewellyn's novel How Green was My Valley (1939).

Bronwen is a variant form of the English and Welsh name Branwen.

Bronwen is not popular as a baby girl name. It is not in the top 1000 names. 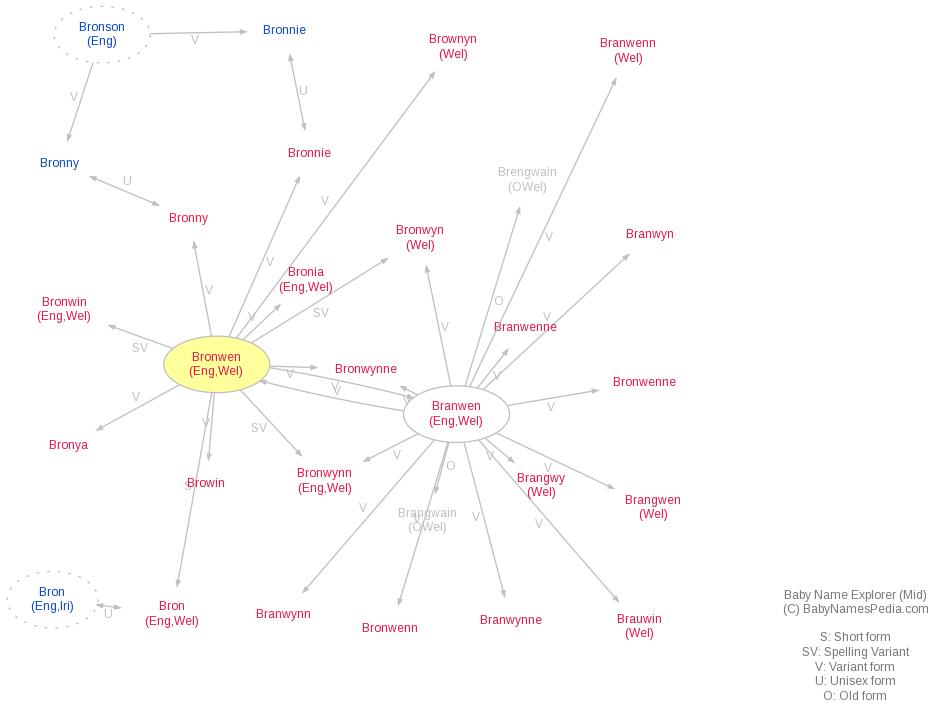