What does Brook mean?

[ 1 syll. broo(k), br-o-ok ] The baby boy name Brook is also used, and more often so, as a girl name. It is pronounced as BRuw-K †. Brook is used chiefly in the English language, and its origin is Old English and English.

Brook is a variant of the name Brooks (English).

Brook is also a variant of the name Holbrook.

Brook is also a variant of the name Westbrook (English).

Brooke (English variant spelling) is a form of Brook.

Brook is unusual as a baby name for boys. Its usage peaked modestly in 1971 with 0.006% of baby boys being given the name Brook. It ranked at #754 then. The baby name has since experienced a fall in popularity, and is today of infrequent use. In 2018, among the group of boy names directly linked to Brook, Brooks was the most popular. Though Brook is currently more often than not a girl name, there was a period from 1961 to 1971 when more boys were given the name. From 1972 on, increasingly more girls than boys were named Brook. In 1980, the name Brook was given to 5 times as many girls than boys. 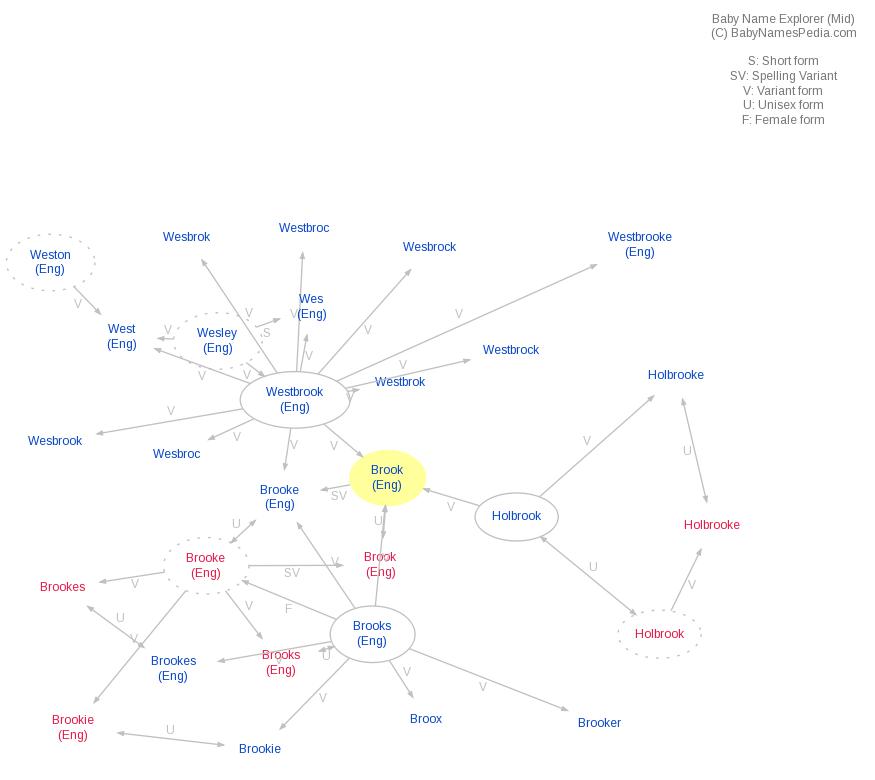