What does Brooke mean?

[ 1 syll. broo-ke, br-o-oke ] The baby girl name Brooke is also used as a boy name, though it is far more popular for girls. It is pronounced BRuw-K †. Brooke has its origins in the Old English language and it is used largely in English. The meaning of Brooke is 'dweller by the brook'. It is derived from brook ; broc which means 'brook'. The name was first popularized by the US socialite Brooke Astor (1902-2007); it later gained widespread adoption as a feminine name from the fame of the actress Brooke Shields (1965-). Brooke is the feminine version of the English Brooks.

Another form of the name is the English spelling variant Brook.

Brooke is popular as a baby girl name. The name grew in popularity from the 1960s up to the 1990s. At the modest peak of its usage in 1996, 0.351% of baby girls were named Brooke. It was #45 in rank then. The baby name has experienced a decline in popularity since then. In 2018, it ranked at #201 with a usage of 0.082%, but it was nevertheless the most regularly used out of all girl names in its family. Brooke has primarily been a baby girl name in the last century. 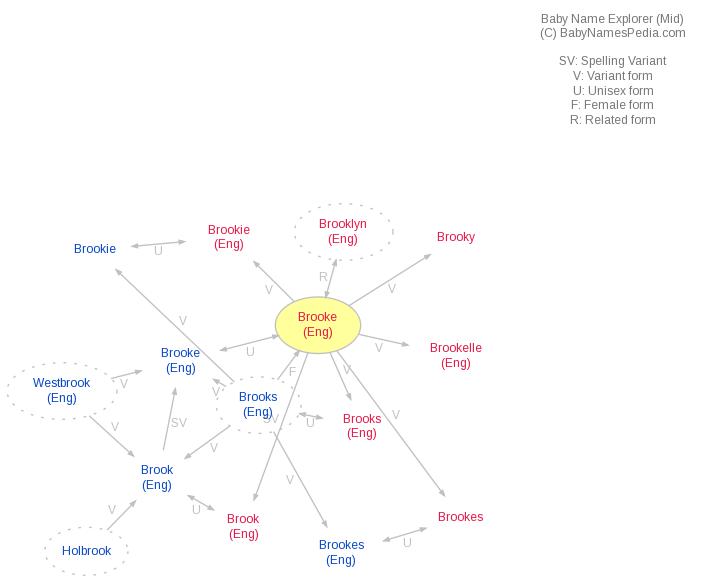