What does Brooklyn mean?

[ 2 syll. broo-klyn, br-ookl-yn ] The baby girl name Brooklyn is also used as a boy name, though the use for girls is far more popular. It is pronounced BRUW-KLihN †.

Brooklyn's origin and use are both in the English language. The meaning of Brooklyn is 'broken land'. The first name is taken from the name of the Brooklyn borough of New York City, itself originally from the Dutch 'Breukelen'. See Brooklyn for more information.

Another form of the name is the English spelling variant Brooklynn.

Brooklyn's language of origin is English. The name is from the combination of Brooke and Lynn.

Brooklyn is very popular as a baby girl name. The name has been growing in popularity since the 1980s; prior to that, it was of only infrequent use. Its usage peaked modestly in 2011 with 0.370% of baby girls being named Brooklyn. It was #21 in rank then. In 2018, it ranked at #47 with a usage of 0.250%, and it was the most popular among all girl names in its family. Brooklyn was thrice as popular as the next ranked name, Brooklynn, in 2018. 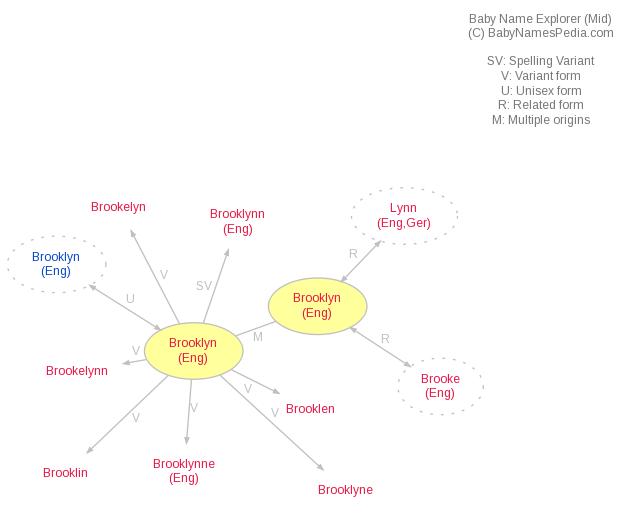