What does Bruce mean?

[ 1 syll. bru-ce, br-uce ] The baby boy name Bruce is pronounced BRuw-Z †. Bruce's origin is Old French, and its use, English and Scottish. The first name is derived from a Norman French baronial name, itself taken from the name of a place in northern France which could have been Braose or else uncertain. The surname was borne by the Bruces, an influential Norman family in Scotland during medieval times; it was especially known from Robert the Bruce (1274-1329), the King of the Scots who achieved independence from England for Scotland. The use of the first name among English speakers outside Scotland started in the late 19th century.

Variant forms inherit both the origin and meaning of the name Bruce.

Bruce is an all-time favorite. Currently it is still rather popular as a baby boy name, but not as much as it was previously. At the height of its usage in 1951, 0.737% of baby boys were named Bruce. It was #26 in rank then. The baby name has markedly slipped in popularity since then, and is of only modest use in recent times. In 2018, it ranked at #478 with a usage of 0.032%, but it was nevertheless the most widely used within all boy names in its family. 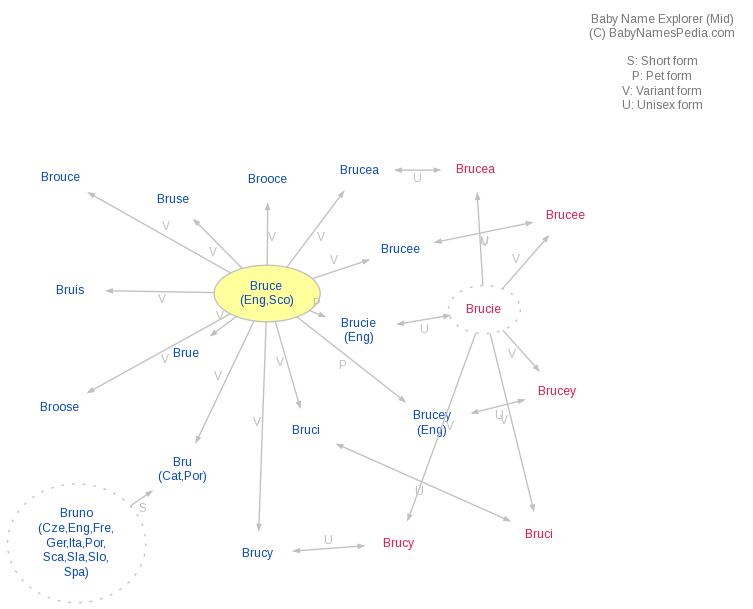