What does Bryce mean?

[ 1 syll. bry-ce, br-yce ] The baby boy name Bryce is sometimes used as a girl name. Its pronunciation is BRihS- †. Bryce is used predominantly in the English language and its origin is Welsh. It is derived from the element 'brych' meaning speckled. Bricius (Latinized), Brictius (Latinized), Britius (Latinized), and Brychan (Welsh) are original forms of Bryce. The name is an Anglicized form of the Welsh name Brychan. Saint Bricius of Tours was the fourth bishop of Tours who succeeded Saint Martin in the 5th century.

Bryce has 12 variants that are used in English and other languages. Variants used in English include Bry, Brycen (used in Irish and Welsh too), Bryceton, Brye, Bryse, Bryson, and Bryston. The variant spelling Brice (used in French too) is another English form.

Bryce is popular as a baby name for boys. The name's popularity rose from the 1910s up to the 2000s; before that, it was of irregular use only. At the modest height of its usage in 2000, 0.207% of baby boys were given the name Bryce. It ranked at #92 then. The baby name has since experienced a loss in popularity. In 2018, its usage was 0.116% and its ranking #175, but it was nonetheless the 2nd most popular after Bryson, within all boy names in its group. In 2018, it was used 88% more than Bryce. Bryce has mostly been a baby boy name in the past century. 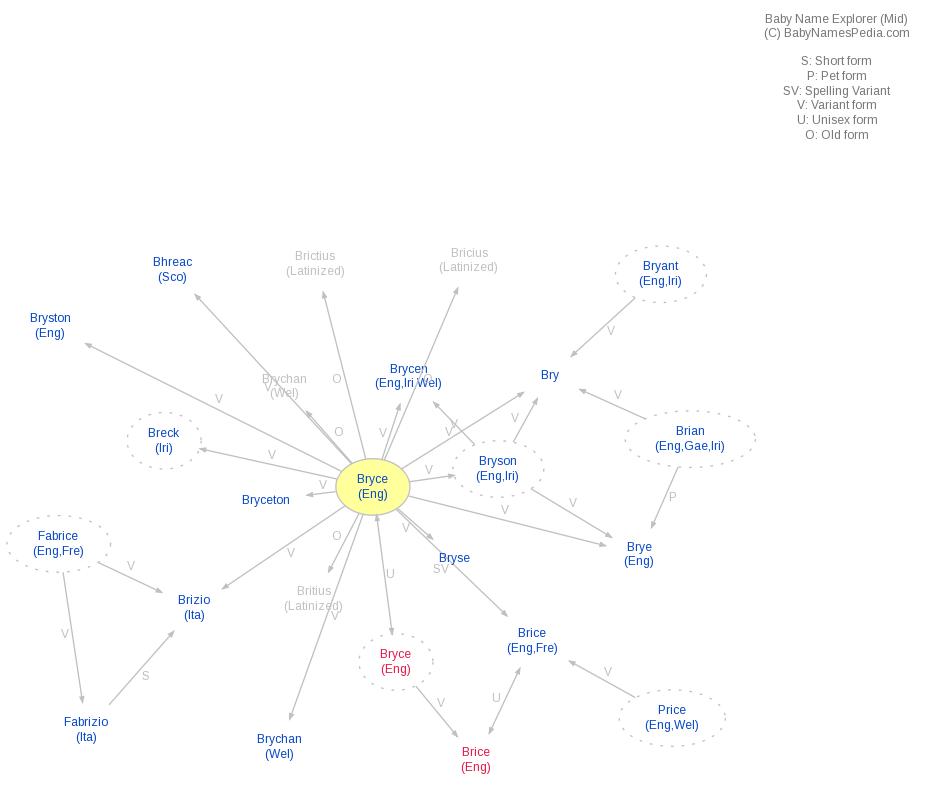