What does Bryony mean?

[ 3 syll. bryo-ny, br-y-ony ] The baby girl name Bryony is pronounced BRIYah-Niy- †. Bryony is of English origin and it is also used mainly in English. The first name is taken from the flower name bryony, in reference to the perennial tendril-climbing herb, which is ultimately of the Latin bryonia and the Old Greek bryo (meaning 'to grow, sprout'). Unlike other plant names, this is derived from an insignificant species, suggesting that the first name could have come into use as a feminine form of Brian. The name was first used by English speakers only in the 20th century.

Bryony is not often used as a baby girl name. It is not in the top 1000 names. 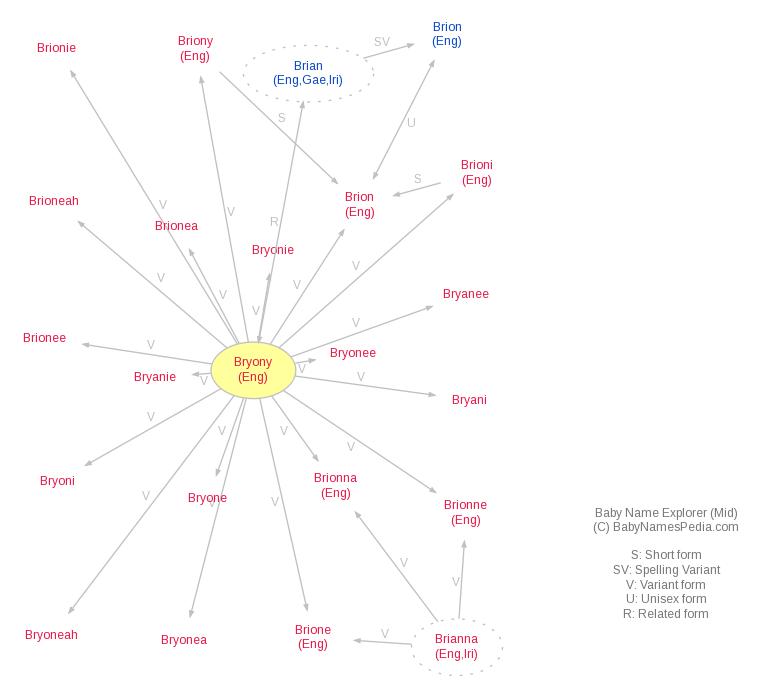