What does Bryson mean?

[ 2 syll. bry-son, br-ys-on ] The baby boy name Bryson is pronounced BRIYSahN †. Bryson is of Welsh and English origin. It is used mainly in English and Irish. From English roots, its meaning is 'son of Bryce'. Its meaning is derived from the word son.

Bryson is a variation of Bryce (English). 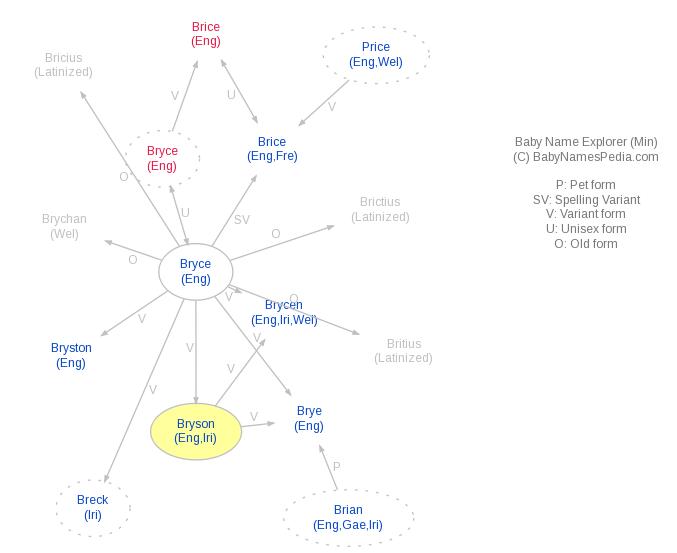