What does Burkhard mean?

[ 2 syll. bur-(k)har(d), bu-rkha-rd ] The baby boy name Burkhard is pronounced BUHRK-HHAART †. Burkhard's origin is Germanic, and its use, German. It is a two-element name derived from burg and hart with the meanings 'protection, fortress, castle' and 'brave, hardy' respectively. The name was borne by Saint Burchard of Würzburg (-754), an Anglo-Saxon companion of Saint Boniface; he became the first bishop of Würzburg and founded several Benedictine monasteries.

Burkhard is not often used as a baby boy name. It is not listed within the top 1000. 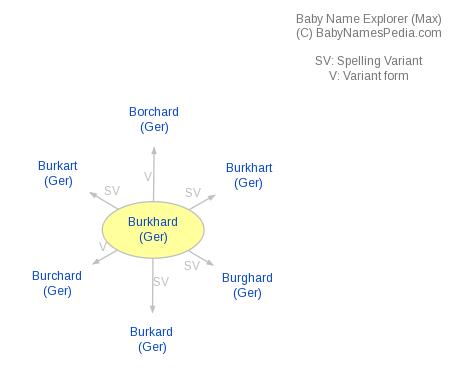