What does Burton mean?

[ 2 syll. bur-ton, bu-rt-on ] The baby boy name Burton is pronounced as BER-TahN †. Burton is used chiefly in English and its origin is Old English. The meaning of Burton is fortified town. It is derived from the words 'burh' which means protection, fortress, castle ; 'tun' town, settlement, homestead. The first name is taken from the surname, itself from an Old English place name from various areas in England so called. The short form Burt is in recent times known from the actors Burt Lancaster (1913-1994) and Burt Reynolds (1936-), for whom it was a shortening of the given name Burton.

Burton is rare as a baby boy name. At the peak of its usage in 1925, 0.052% of baby boys were named Burton. It was #222 in rank then. The baby name has substantially slipped in popularity since then, and is today of very modest use. Out of all boy names in its family, Burton was nevertheless the most commonly used in 2018. 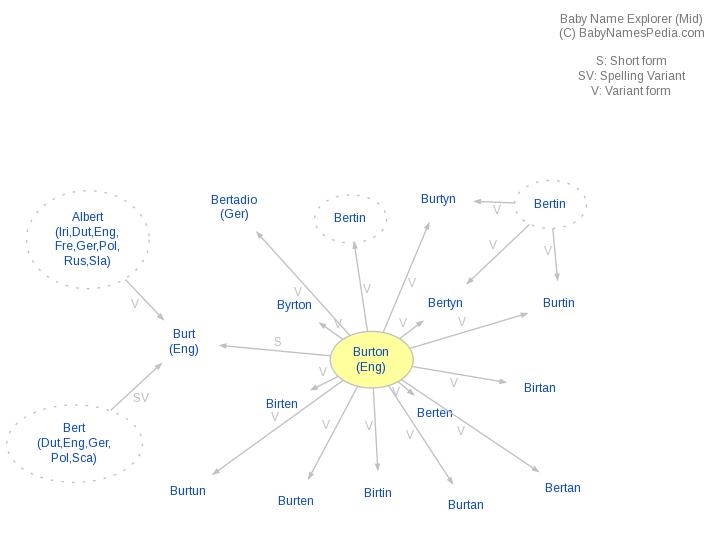