What does Caden mean?

[ 2 syll. ca-den, cad-en ] The baby boy name Caden is sometimes used as a girl name. Its pronunciation is KEY-DehN †. Caden is used chiefly in the English language, and its origin is Old English, Celtic, and Arabic. Celtic origin: It is from the element 'mac' which means son. The first name could be derived from the Gaelic surname 'Mac Cadáin' meaning 'son of Cadán'.

In addition, Caden is a variant of the name Cade (English).

Caden is also a variant of the name Kadin (English and Arabic) in the English language.

Caden is popular as a baby name for boys. The name's popularity jumped from the 1990s up to the 2000s; before that, it was of very modest use only. At the height of its usage in 2007, 0.229% of baby boys were given the name Caden. Its ranking then was #92. The baby name has since declined in popularity. In 2018, its usage was 0.083% and its ranking #237. Within the group of boy names directly linked to Caden, Kayden was the most regularly used. In 2018, the name was twice as popular as Caden. Caden has in the past century been predominantly given to baby boys. 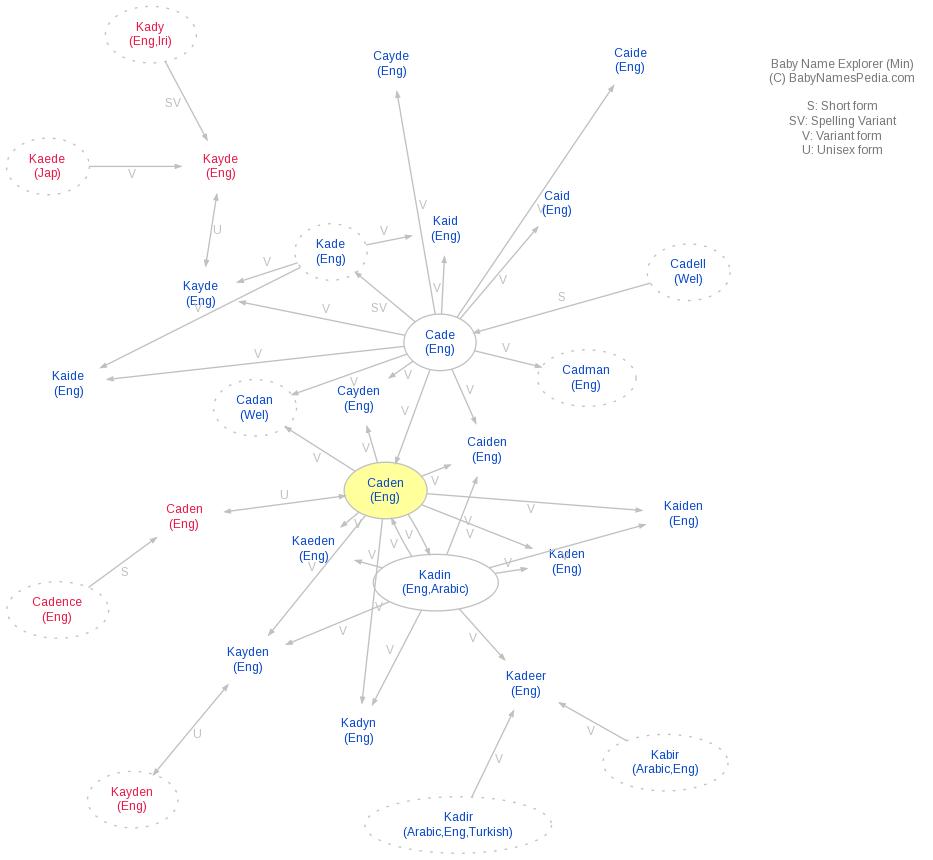