What does Caio mean?

[ syll. ca-io, cai-o ] The baby boy name Caio is used predominantly in the Italian and Welsh languages, and its origin is Latin. It is derived from the element 'gaudere' which means to rejoice. Caius (Latin), Gaius (Latin), and Kaius (Latin) are original forms of Caio. The name is of obscure origin. Gaius was a Roman given name possibly of ultimate Etrusk roots. Its was borne by Gaius Julius Caesar (100BC-44BC), the dictator and conqueror of Gaul; his adopted son Gaius Octavius Thurinus (63BC-14AD) also known as Augustus, the first emperor of the Roman Empire; and various early Christian saints.

Caio is a variant (Italian and Welsh) of the name Kai (Frisian, Dutch, Finnish, German, Scandinavian, and Welsh).

The name Gaia (Italian and English) is the female version of Caio.

Caio is not regularly used as a baby name for boys. It is not listed in the top 1000 names. Among the group of boy names directly linked to Caio, Kai was the most popular in 2018. 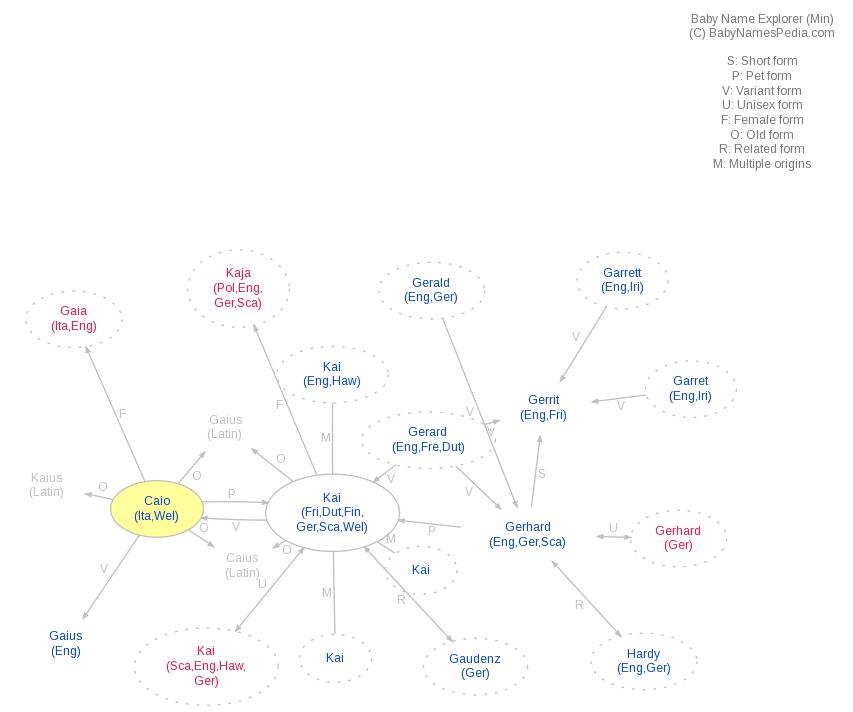