What does Calder mean?

Calder is used mostly in the English language and its language of origin is Welsh. The meaning of the name is violent stream. The first name is derived from an English surname, possiby from Calder in Cumbria. It is of the Welsh elements 'caled' (meaning violent, hard) and 'dwfr' (stream, water). The surname was borne by the American sculptor Alexander Calder (1898-1976), who invented mobile kinetic sculpture.

Calder is of Old Norse origin. Here, the meaning is 'calf valley'. It represents the transferred use of the geographic name and the surname as a given name.

In addition, Calder is a derivative of the English name Caldwell.

Calder is an unusual baby name for boys. It is not ranked within the top 1000 names. 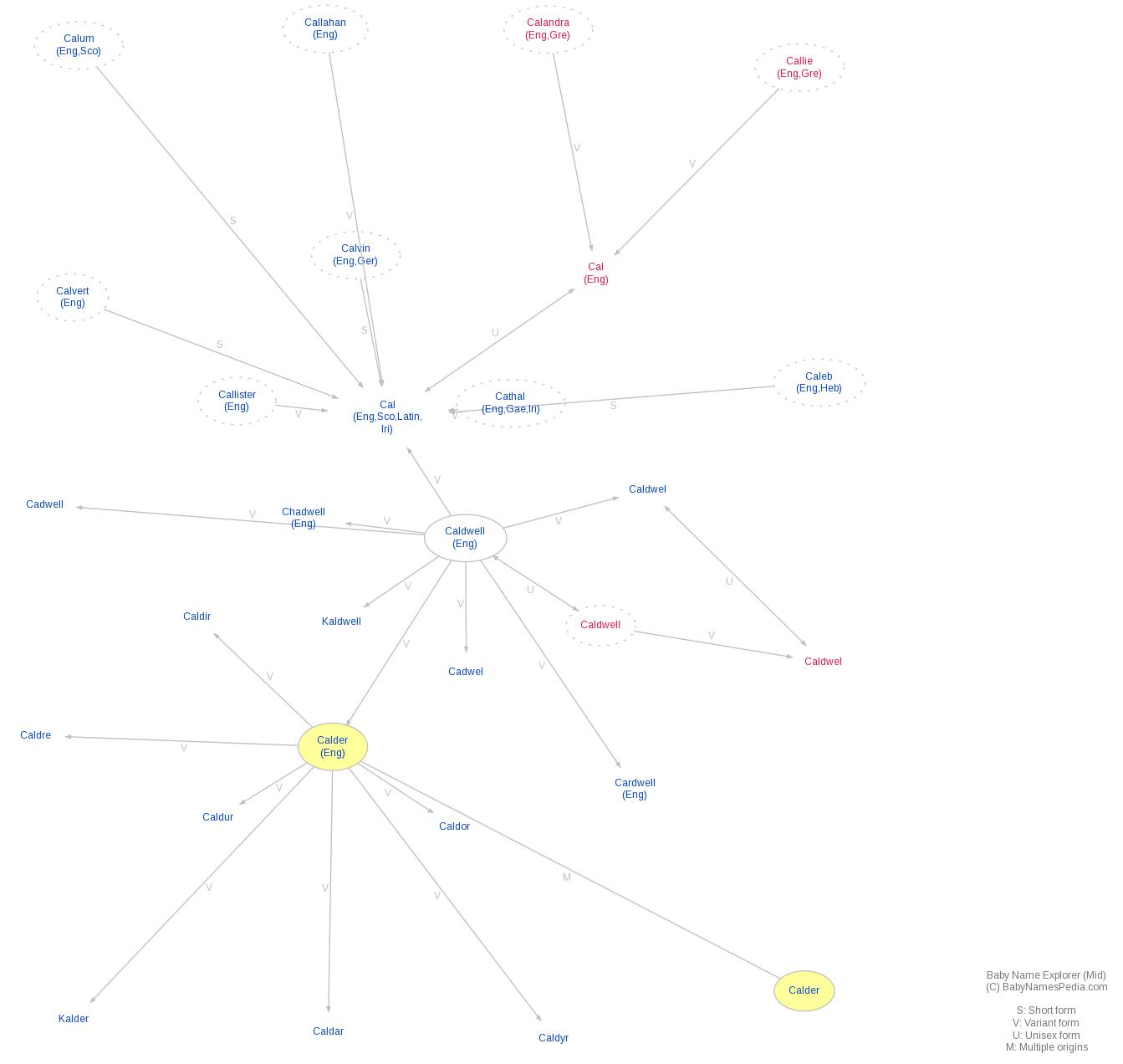