What does Caldwell mean?

[ 2 syll. cal-dwel(l), ca-ldwe-ll ] The baby boy name Caldwell is also used as a girl name. Its pronunciation is KAO-LDWehL- †. Caldwell is an English name of Old English origin. The name is of the meaning cold stream; cold spring; cold well. The first name is derived from the surname, which has itself been recorded in various forms such as Caldwell, Cauldwell, Cardwell, Chadwell, and Coldwell. The surname is taken from a place so named, such as Caldwell in North Yorkshire and Warwickshire, Cauldwell in Bedfordshire, Derbyshire and Nottinghamshire, and Caldwell in Renfrewshire, Scotland. The English place names are ultimately of the elements 'cald' and 'waell' (meaning pool, stream, spring, well).

Caldwell is not regularly used as a baby name for boys. It is not listed in the top 1000 names. 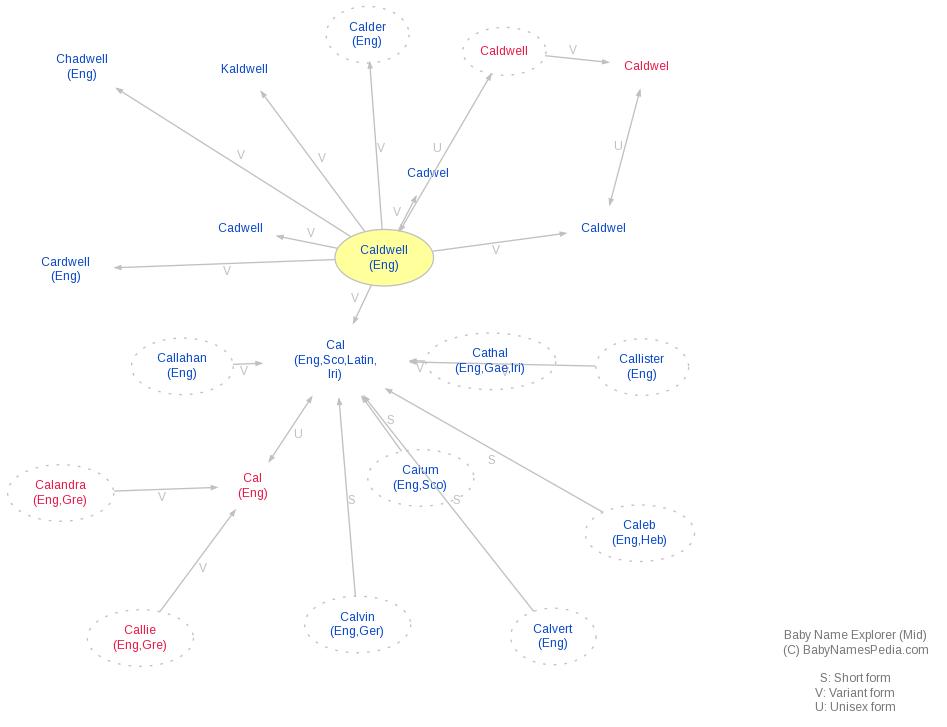