What does Callan mean?

[ 2 syll. cal-lan, ca-ll-an ] The baby boy name Callan is sometimes used as a girl name. Its pronunciation is KAEL-aeN †. Callan is an English and German name of Irish Gaelic and Germanic origin. From Germanic roots, its meaning is chatter.

Callan is a variant of the name Cale (English).

Callan is fairly popular as a baby name for boys. The name's popularity has been rising since the 2010s; before that, it was of irregular use only. At the modest peak of its usage in 2018, 0.024% of baby boys were given the name Callan. Its ranking then was #588. Out of the group of boy names directly linked to Callan, Callen was the most widely used in 2018. It was 3.734% more frequently used than Callan in that year. Callan has in the past century been predominantly given to baby boys. 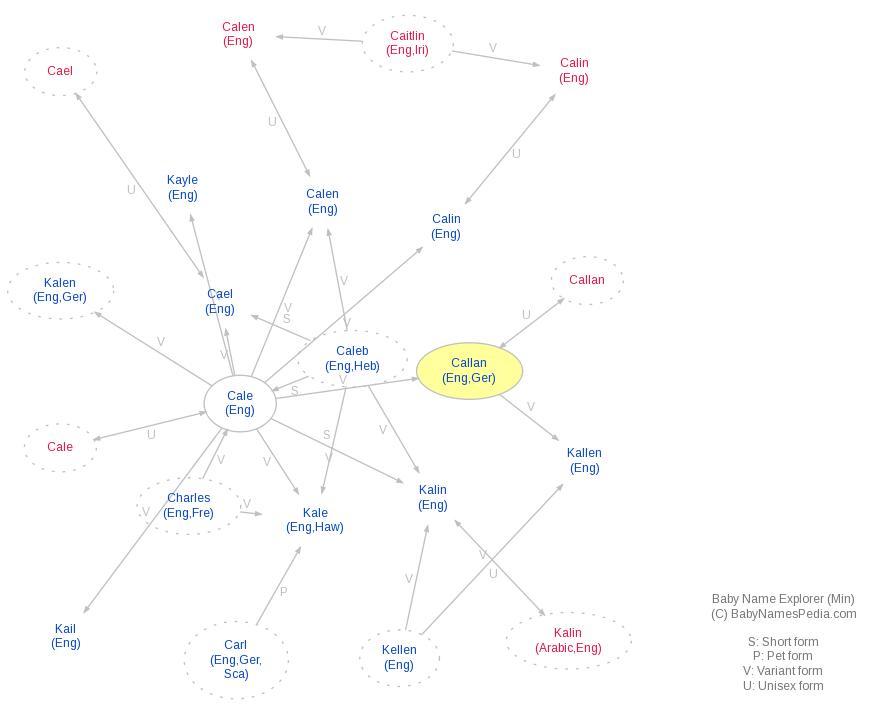