What does Callisto mean?

[ 3 syll. cal-lis-to, ca-lli-sto ] The baby girl name Callisto is also used as a boy name. It is pronounced Kah-LIHS-Tow (English) †. Callisto has its origins in the Old Greek language and it is used largely in English. It is derived from kallistos which means 'most beautiful' ; kalos 'fair, beautiful, handsome'. In Greek mythology, Callisto was the name of a maiden loved by Zeus; she was turned into a bear by Hera, Zeus' jealous wife. In modern times, variants with the suffix '-o' are usually used for boys, and '-a' for girls. See Callisto for more information.

Callisto is uncommon as a baby girl name. It is not in the top 1000 names. 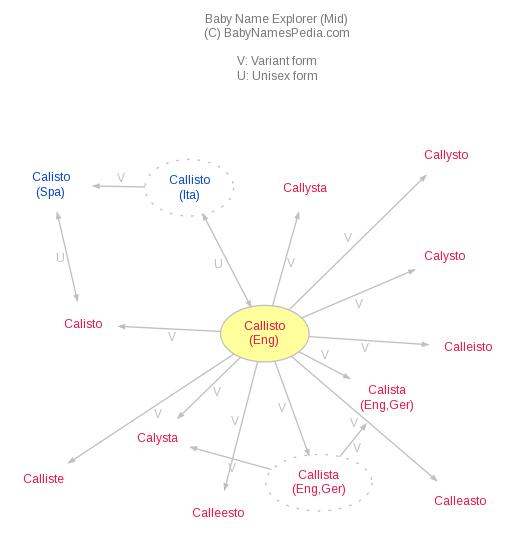