[ syll. cal-vi-nio, ca-lvin-io ] The baby boy name Calvinio has its origins in the Old French language. Calvinio is a variant form of the English and German Calvin.

Calvinio is not commonly used as a baby boy name. It is not in the top 1000 names. In 2018, among the family of boy names directly related to Calvinio, Calvin was the most popular. 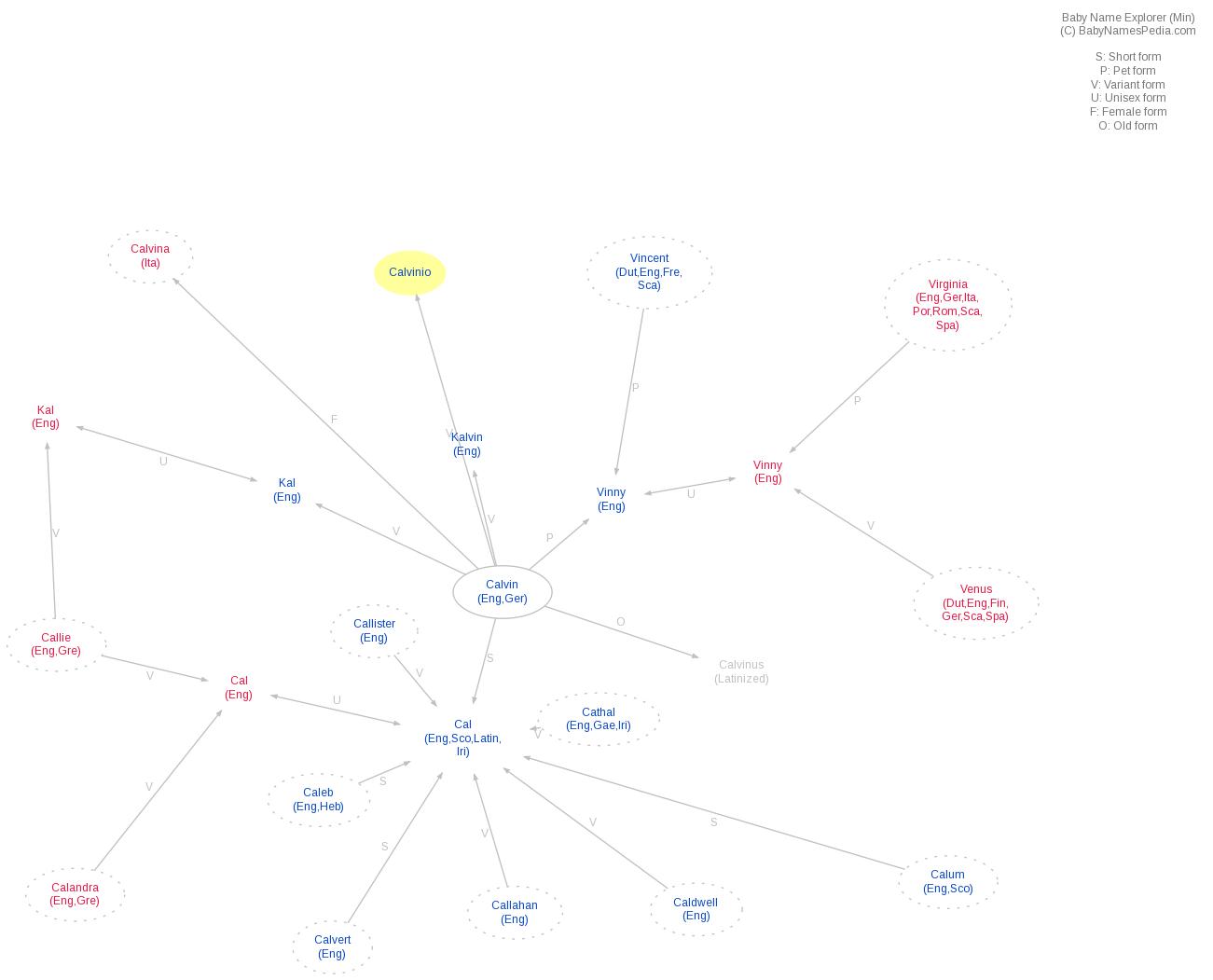