What does Camillo mean?

[ 3 syll. ca-mil-lo, cam-i-llo ] The baby boy name Camillo is pronounced as KAHMIHLow †. Camillo is used predominantly in the Italian language and it is derived from Latin origins. The name is of the meaning acolyte, attendant at a ritual. It is derived from the element 'camillus' meaning acolyte. Camillus (Latin) is an older form of Camillo. In Italy, the first name is often bestowed in tribute to Saint Camillus de Lellis (1550-1614), the patron saint of gamblers and of nurses, and the founder of the order of the Servants of the Sick. Unlike the feminine form Camilla, the name is not often used in English-speaking countries. The name Camilla (English, Finnish, German, Italian, Scandinavian, and Spanish) is the female version of Camillo.

Camilo (Portuguese and Spanish variant spelling) is another form of Camillo.

Camillo is a rarely used baby name for boys. It is listed outside of the top 1000 names. In 2018, within the group of boy names directly linked to Camillo, Camilo was the most popular. 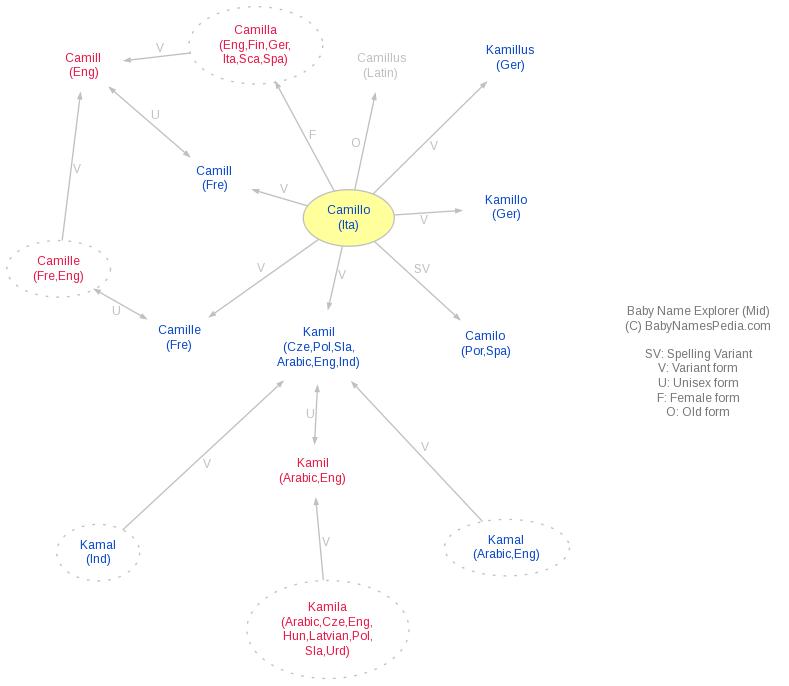