What does Candida mean?

[ 3 syll. can-di-da, ca-nd-ida ] The baby girl name Candida is pronounced as KAEN-Dih-Dah (English) †. Candida is used chiefly in the English, German, and Italian languages. Its origin is Latin. The Latin 'candidus' is the root word for 'candid', which originally meant 'pure', and for 'candidate' which literally meant 'clothed in white' in reference to the white toga worn by Romans seeking political office. With its meaning symbolic of purity and biblical salvation, the name was popular among the early Christians and was borne by several medieval saints, including a woman cured by Peter as recorded in the Bible. In the early 20th century, the George Bernard Shaw play Candida (1894) contributed to the adoption of the name among English speakers. George Bernard Shaw named his titular heroine after the young titular hero of Voltaire's French satire Candide (1759).

Candida is rare as a baby girl name. At the modest peak of its usage in 1971, 0.013% of baby girls were given the name Candida. It was #689 in rank then. The baby name has substantially fallen in popularity since then, and is today of very light use. Out of all girl names in its family, Candida was nonetheless the most commonly used in 2018. 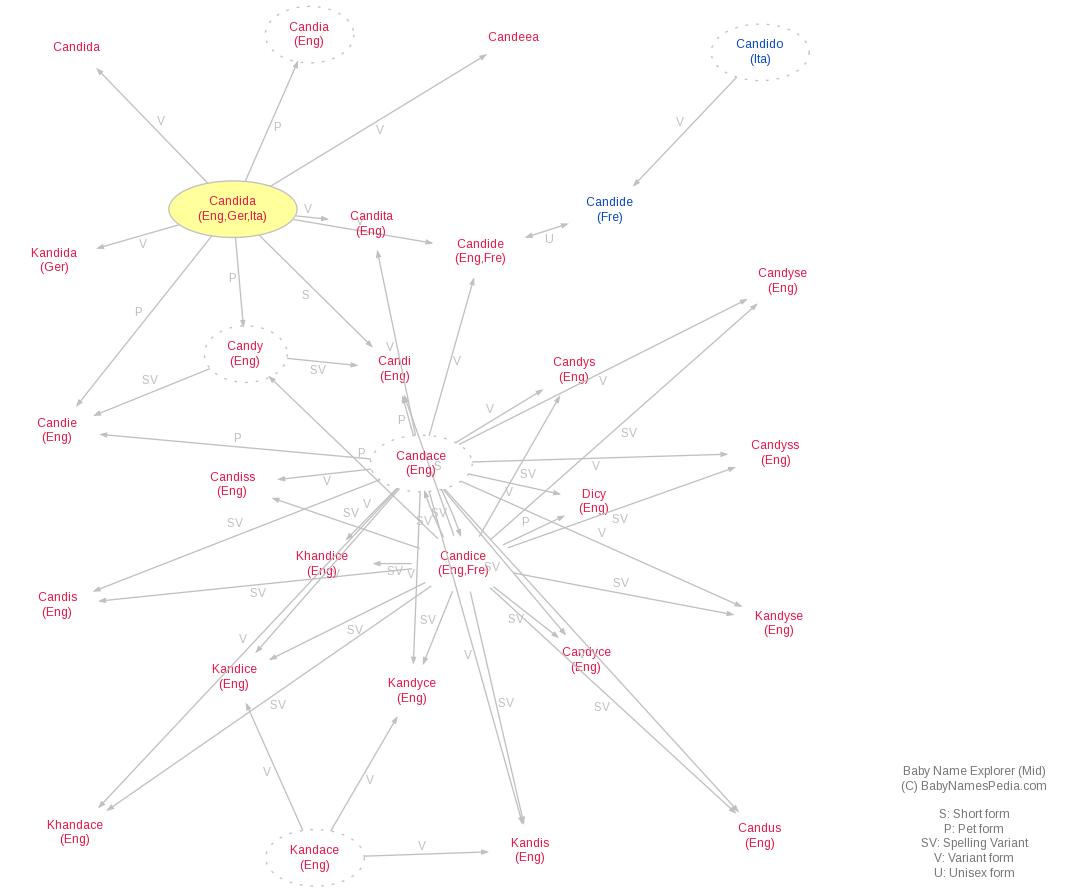