What does Caradog mean?

[ 3 syll. ca-ra-dog, car-ad-og ] The baby boy name Caradog is pronounced as KAA-Raa-DahK †. Caradog is largely used in the English and Welsh languages, and its origin is Welsh. It is derived from the elements 'cariadus' meaning beloved ; 'car' love. Caratacus (Latin) is an old form of Caradog. Caratacus was a 1st-century British chieftain who fought against the Romans; he was possibly the historical basis for the legendary Caradoc, ancestor to the kings of Gwent, who was romanticized in Arthurian legend as the Knight of the Round Table, 'Caradog Short Arm'. The name Ceri (Welsh and English) is the female equivalent of Caradog.

Caradog is rarely used as a baby name for boys. It is not listed in the top 1000 names. Out of the group of boy names directly linked to Caradog, Cedric was the most popular in 2018. 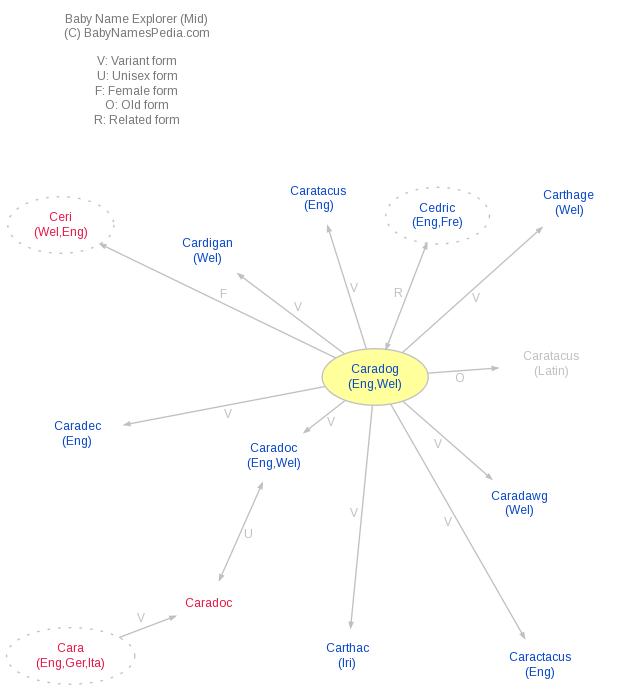