What does Carina mean?

Carina is of Latin origin. It is used mainly in the English, German, Italian, and Scandinavian languages. It is derived literally from the word carina meaning 'keel of a ship'. The meaning refers to the ship of Jason the Argonaut. The name was first used by English speakers in the late 19th century.

Carina is a widely used name; it has 31 derivatives that are used in English and foreign languages. Derivatives of the name used in English include Carana, Careana, Careina, Caren, Carena, Carenna, Cariana, Caridad, Cariena, Carin, Carinah, Carine (used in French and German as well), Carinen, Carinn, Carinne, Caron, Carren, Carrin, Carrina, Carron, Caryn, Caryna, Carynn, Kareena, Karena, and Karyna. The familiar form Rina (used in Dutch and Hebrew as well), and the variant spellings Careena, Carinna (used in German, Italian, and Scandinavian as well), and Karina (used in German, Latvian, Russian, and Scandinavian as well) are other English forms. The German Karine is a derivative of Carina that is in foreign languages.

Carina's origin and use are both in the Italian language. It is derived from the word carino which is of the meaning 'pretty, cute'. Carina is the feminine equivalent of the Italian Carino.

Carina is also a familiar form of the English and French Cora.

Carina is a rare baby girl name. At the peak of its usage in 1995, 0.036% of baby girls were named Carina. It was #383 in rank then. The baby name has steeply slipped in popularity since then, and is used only on a very modest scale now. In 2018, out of the family of girl names directly related to Carina, Cora was the most commonly used. 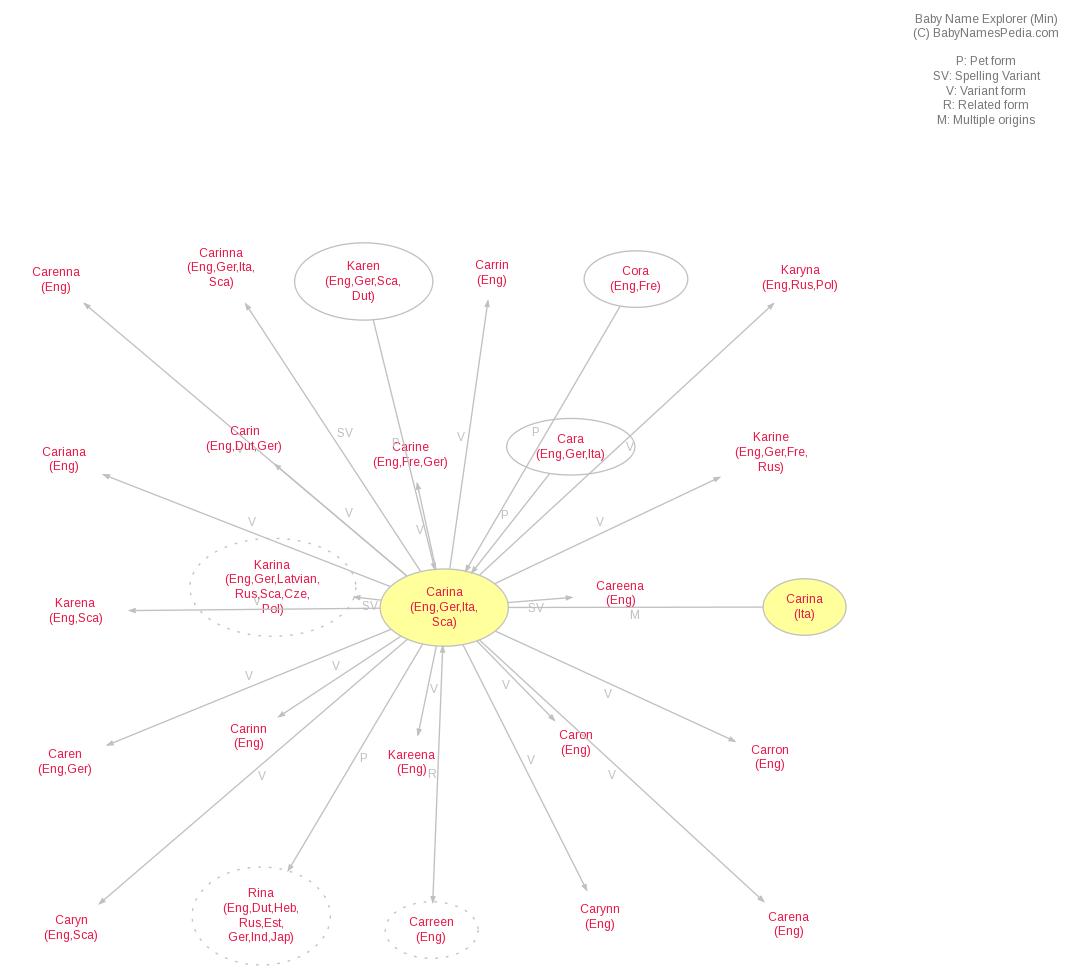