What does Carlin mean?

[ 2 syll. car-lin, ca-rl-in ] The baby girl name Carlin is also used as a boy name. It is pronounced as KAARLihN †. Carlin has its origins in the Germanic and Irish Gaelic languages. It is used largely in English and Latin. From Irish Gaelic roots, its meaning is 'little champion' - in this context, Carlin can be used in the English language. The surname was known from the American Grammy Award-winning stand-up comedian George Carlin (1937-2008).

In addition, Carlin is a form (English) of the English, German, Italian, Portuguese, Latin, and Scandinavian Carla.

Carlin is also a shortening (Latin) of the English, French, and Scandinavian Caroline.

Carlin is not popular as a baby girl name. It is not in the top 1000 names. In 2018, among the family of girl names directly related to Carlin, Caroline was the most regularly used. 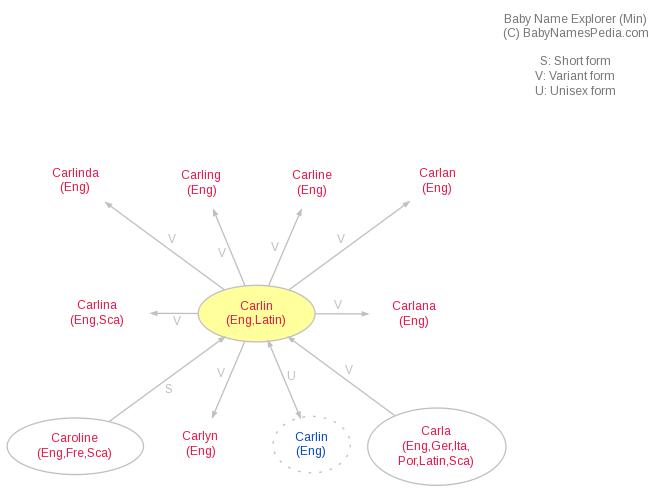