What does Carnell mean?

Carnell's origin is Old French. Carnell's meaning is defender of the castle, crossbowman; one with dark hair or complexion. The first name is derived via multiple origins from the surname Carnell (Old French). The latter could have originated as a job title for a 'defender of the castle', typically a 'crossbowman'. The job title is ultimately from the Old French word 'carnel'. Alternatively, the Old French surname could be a short form of the surname 'Carbonell', in which case it would be ultimately derived from 'carbon' in reference to 'one with dark hair or complexion'.

In addition, Carnell is a derivative of the English and French name Cornell.

Carnell is unusual as a baby name for boys. Its usage peaked modestly in 1975 with 0.005% of baby boys being given the name Carnell. Its ranking then was #900. The baby name has since experienced a decline in popularity, and is of only irregular use today. Among all boy names in its group, Carnell was nonetheless the most widely used in 2018. 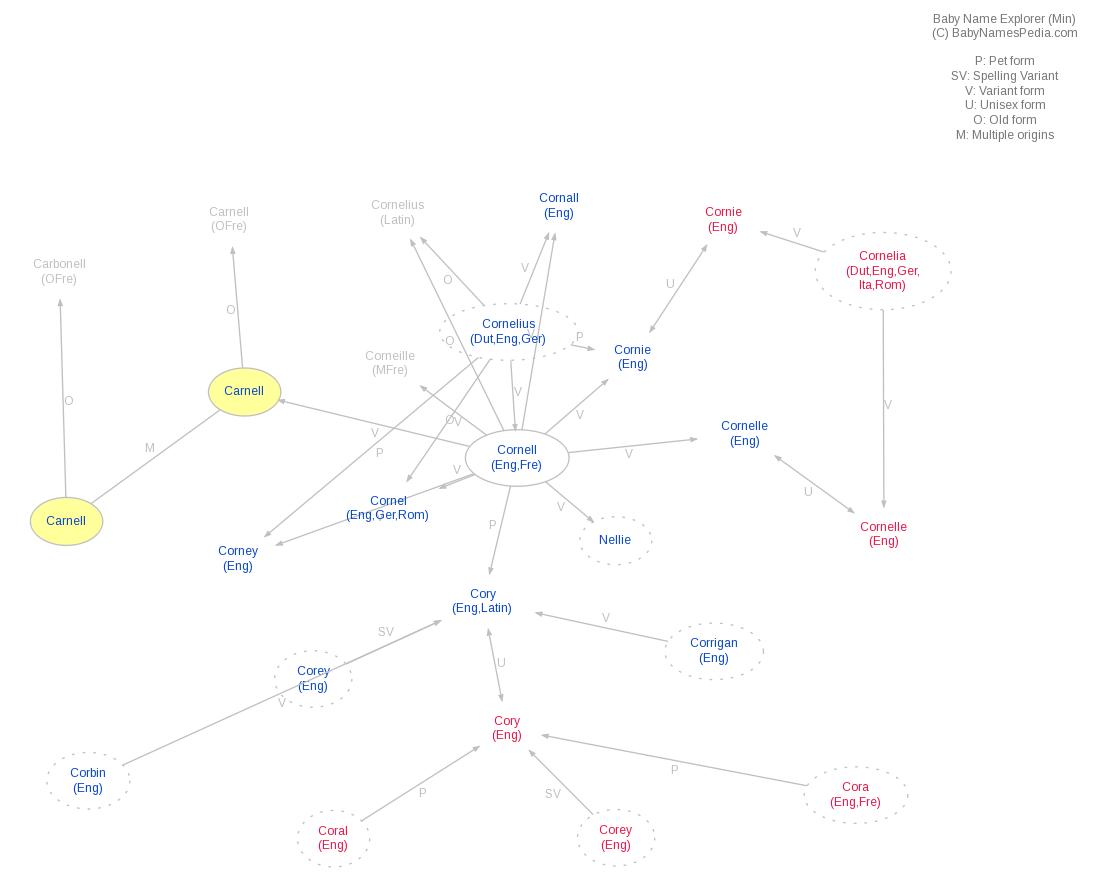