What does Carol mean?

[ 2 syll. ca-rol, car-ol ] The baby girl name Carol is also used as a boy name, though it is far more popular for girls. It is pronounced KEHR-ahL †. Carol's origin is English and Germanic, and its use, English. English origin: Its meaning is derived literally from the ordinary word carol. The name has often been bestowed upon children born around the Christmas season.

In addition, Carol is an English shortening of the English, French, and Scandinavian Caroline.

What are the Variant Forms of Carol?

Carol is uncommon as a baby girl name. At the height of its usage in 1945, 2.258% of baby girls were named Carol. It had a ranking of #5 then. The baby name has substantially dropped in popularity since then, and is of only sporadic use now. In 2018, within the family of girl names directly related to Carol, Caroline was the most widely used. Carol has mainly been a baby girl name in the last century. There were 184 times more baby girls than boys who were named Carol in 1965. 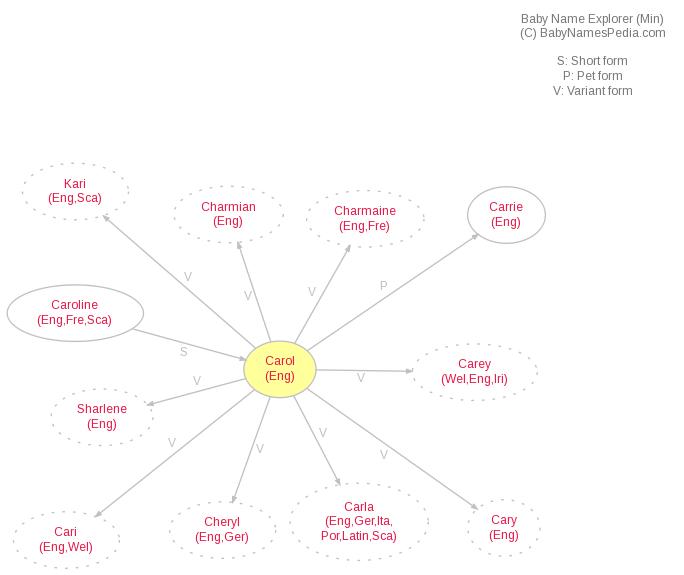