What does Carson mean?

[ 2 syll. car-son, ca-rs-on ] The baby girl name Carson is also used as a boy name, with the latter form being far more popular. It is pronounced as KAARSahN †.

Carson's language of origin is Celtic. It is predominantly used in English, Irish, and Scottish. It is derived from the word carr which is of the meaning 'rock, coastal rocks'. It represents the transferred use of the surname as a given name. See Carson for more information.

Carson's language of origin is Old Norse. It is derived from the word kjarr-myrr which is of the meaning 'marsh area'. It represents the transferred use of the surname as a given name.

Carson is rare as a baby girl name. At the modest peak of its usage in 1999, 0.023% of baby girls were named Carson. It was #560 in rank then. The baby name has suffered a substantial decline in frequency since then, and is of only irregular use now. Out of all girl names in its family, Carson was nevertheless the most widely used in 2018. 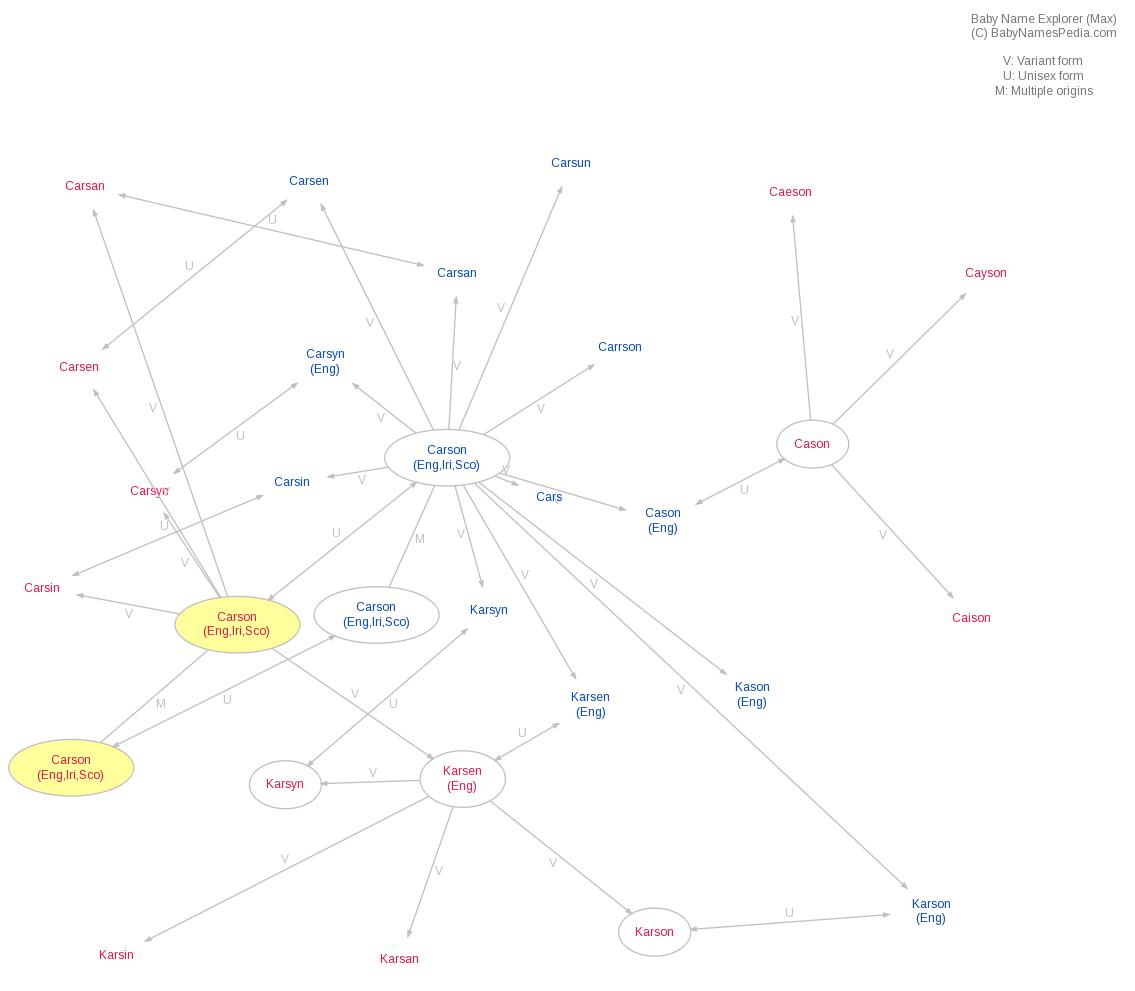