What does Carter mean?

[ 2 syll. car-ter, ca-rt-er ] The baby boy name Carter is sometimes used as a girl name. It is pronounced as KAART-er †.

Carter is largely used in the English language and it is derived from Old English origins. The name is of the meaning cart driver. Its meaning is from the element 'cart'. The first name is derived from the English surname, which is itself from a job title for someone who builds or drives carts. The baby name has sometimes been bestowed in tribute to the American President and Nobel Peace Prize recipient Jimmy Carter (1924-).

Carter is of Scottish origin. The name can also be derived from the Scottish surname, which is an Anglicized form of the Gaelic surname Mac Artair, meaning 'son of Artair'.

Carter is very popular as a baby name for boys, and it is also viewed as fairly trendy. The name's popularity has been rising since the 1970s. At the recent peak of its usage in 2015, 0.529% of baby boys were given the name Carter. Its ranking then was #24. In 2018, its usage was 0.483% and its ranking #24, and it was the most popular out of all boy names in its group. In 2018, Carter was more widely used than the subsequent ranked name, Karter, by 4 times. 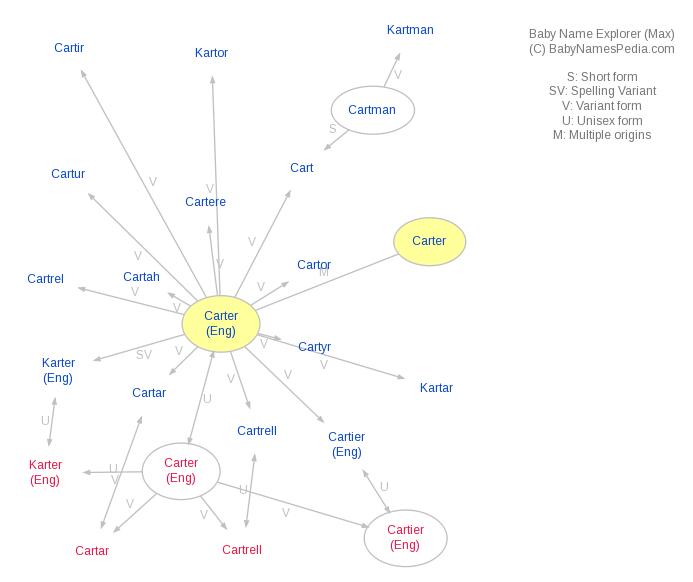