What does Cason mean?

[ 2 syll. ca-son, cas-on ] The baby girl name Cason is also used as a boy name, with the latter form being far more popular. It is pronounced as KEY-SahN †. Cason has its origins in the Old Greek language. The name Cason means 'a seer'.

Forms of Cason include the names Caeson, Caison, and Cayson.

Cason is not popular as a baby girl name. It is not in the top 1000 names. Cason has mainly been a boy name in the last century. 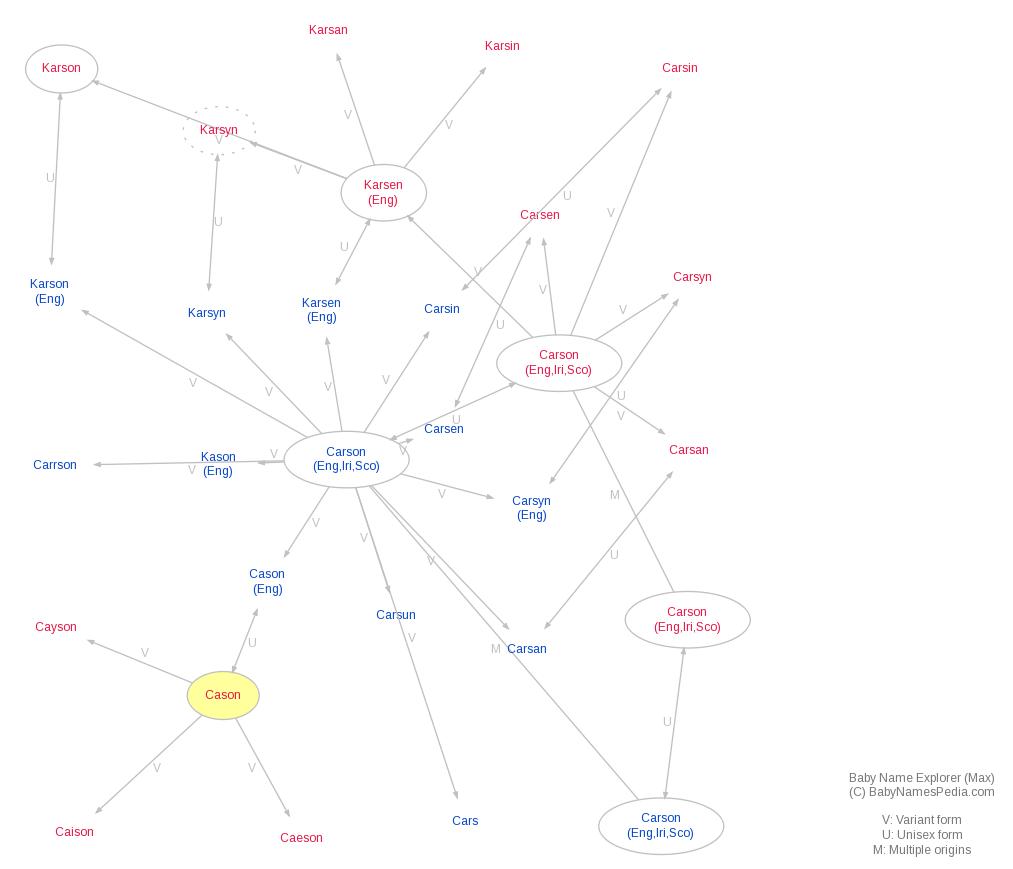