What does Cassian mean?

[ 2 syll. cas-sian, ca-ssi-an ] The baby boy name Cassian is pronounced as KAE-SH-ahN in English †. Cassian is used predominantly in the English language and its origin is Latin. It is from the element 'cassus' which means empty, vain. The first name is derived from the Roman family name Cassianus (Latin), which is itself derived from Cassius. It was borne by various early saints, most notably the 3rd-century Saint Cassian of Imola, a Bishop of Brescia and the patron saint of shorthand writers.

Cassian is a variant of the name Cassius (English).

The name Cassia (English) is the female version of Cassian.

The name Kassian (English and Russian) is a variant of Cassian.

Cassie (English diminutive form) and Cass (English contraction) are other variants of Cassian.

Cassian is unusual as a baby name for boys. It is not listed in the top 1000 names. In 2018, within the group of boy names directly linked to Cassian, Cassius was the most widely used. 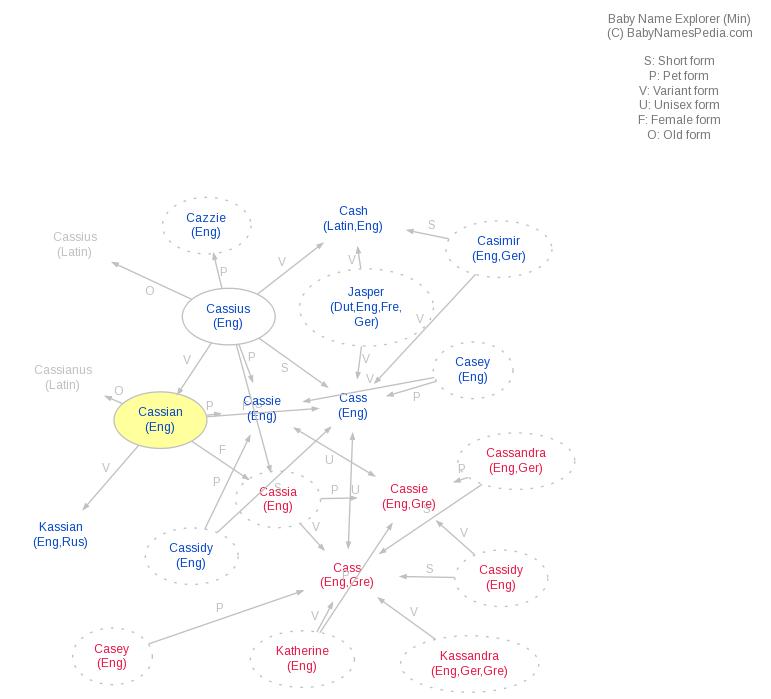