What does Cassidy mean?

[ 3 syll. cas-si-dy, ca-ss-idy ] The baby girl name Cassidy is also used as a boy name, though it is more popular for girls. It is pronounced KAES-ih-Diy- †. Cassidy has its origins in the Celtic language and it is used largely in English. The meaning of Cassidy is 'descendant of Caiside, descendant of the curly-haired one'. It is derived from gruaig which means 'hair' ; casta 'curly'. It represents the transferred use of the surname as a given name. See Cassidy for more information.

Cassidy is rather popular as a baby girl name. The name grew in popularity from the 1980s up to the 1990s; prior to that, it was of only infrequent use. At the modest peak of its usage in 1999, 0.174% of baby girls were named Cassidy. It was #99 in rank then. The baby name has experienced a decline in popularity since then. In 2018, it ranked at #361 with a usage of 0.047%, but it was nevertheless the most popular out of all girl names in its family. Cassidy was used 71% more than the next ranked name, Kassidy, in 2018. Cassidy has primarily been a baby girl name in the last century. In 1992, 6 times more baby girls than boys were given the name Cassidy. 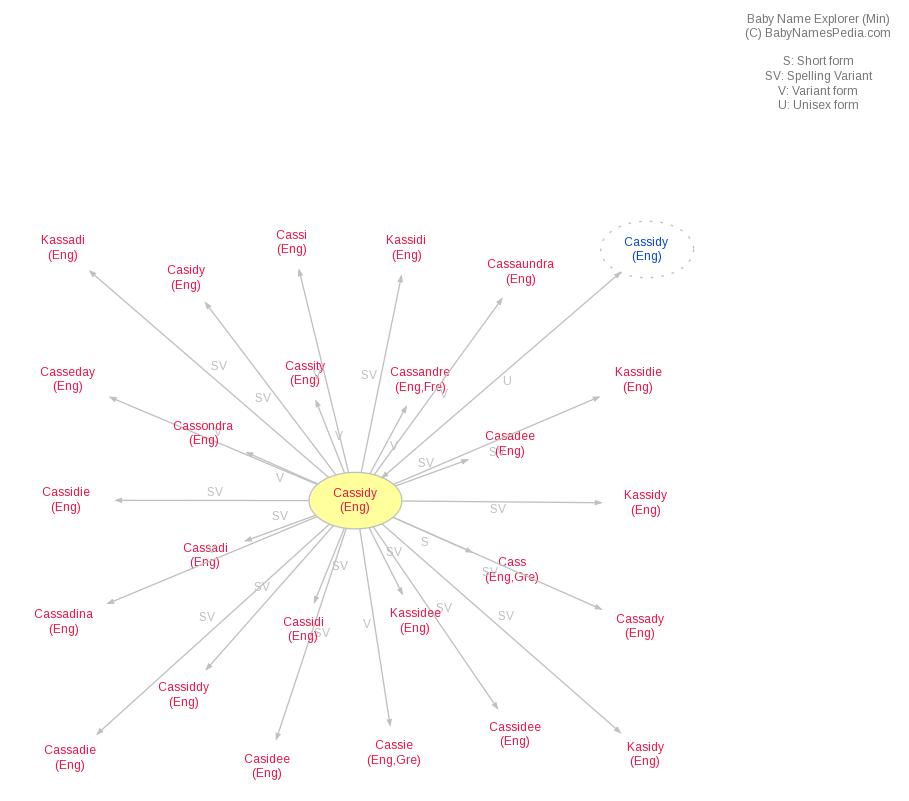