What does Catharina mean?

[ 4 syll. cat-ha-ri-na, ca-thar-ina ] The baby girl name Catharina is pronounced Kaa-Taa-RIY-Naa in Dutch †. Catharina's language of origin is Old Greek. It is predominantly used in the Dutch, English, German, and Scandinavian languages.

Forms of the name include the Dutch Kaatje and the Dutch Nienke.

Variant forms inherit both the origin and meaning of the name Catharina.

Other forms of Catharina include the diminutives Ka (Dutch) and Ninke (Dutch).

Catharina is an irregularly used baby girl name. It is not ranked within the top 1000. In 2018, within the family of girl names directly linked to Catharina, Katherine was the most frequently used. 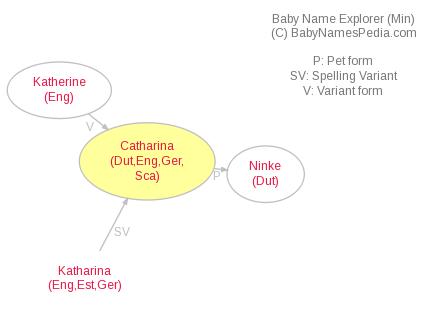