[ 2 syll. cea-(r)(b)hal(l), ce-arbha-ll ] The baby boy name Cearbhall is pronounced as KER-VahL or KIH-ER-VahL †. Cearbhall is largely used in the English and Irish languages, and it is derived from Celtic origins. It is derived from the element 'cearbh' which means hacking. The name is of obscure origin; it could have originated as a nickname for a violent warrior. It was rather popular in medieval Ireland, and was well used among the learned bardic family Ó Dálaigh, who first came to prominence in the early 12th century. Anglicized forms include Carroll and Charles.

Cearbhall is unusual as a baby name for boys. It is not listed in the top 1000 names. Within the group of boy names directly linked to Cearbhall, Charles was the most commonly used in 2018.

Baby names that sound like Cearbhall include Carvel, Carvell, Kripalu, and Körbl. 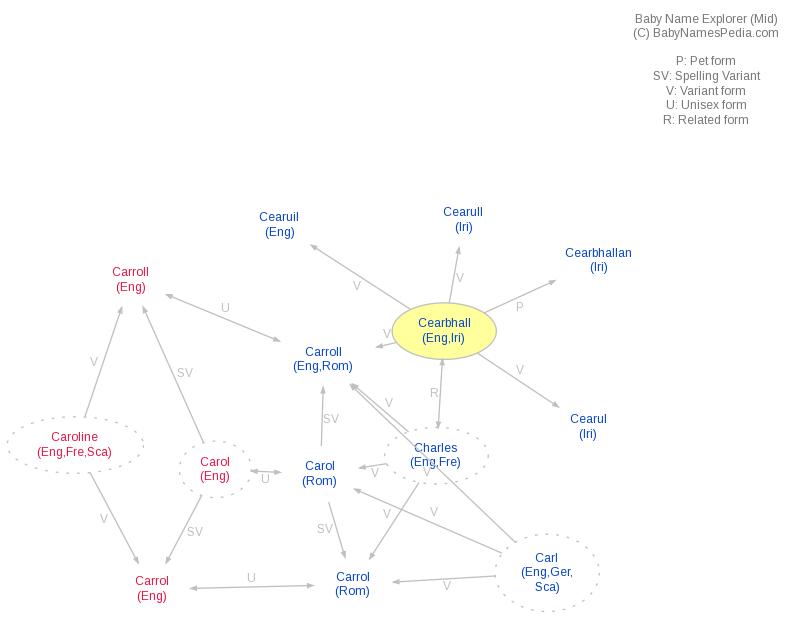