What does Celeste mean?

[ 2 syll. ce-les-te, cel-e-ste ] The baby girl name Celeste is also used as a boy name, though it is far more popular for girls. It is pronounced Sah-LEHST in English or CHeh-LEH-STeh in Italian †. Celeste is of Latin origin. It is used mainly in English and French. It is derived from the word coelestis which is of the meaning 'heavenly, of the sky'. The name was popular with the early Christians. Celeste is the feminine version of the French Céleste.

Celeste is rather popular as a baby girl name. The name increased in popularity from the 1930s up to the 2000s. At the height of its usage in 2004, 0.081% of baby girls were named Celeste. It was #204 in rank then. The baby name has seen a drop in frequency since then. In 2018, it ranked at #441 with a usage of 0.039%, but it was nevertheless the most popular within all girl names in its family. Celeste was thrice as popular as the next ranked name, Celia, in 2018. Celeste has in the last century been primarily given to baby girls. 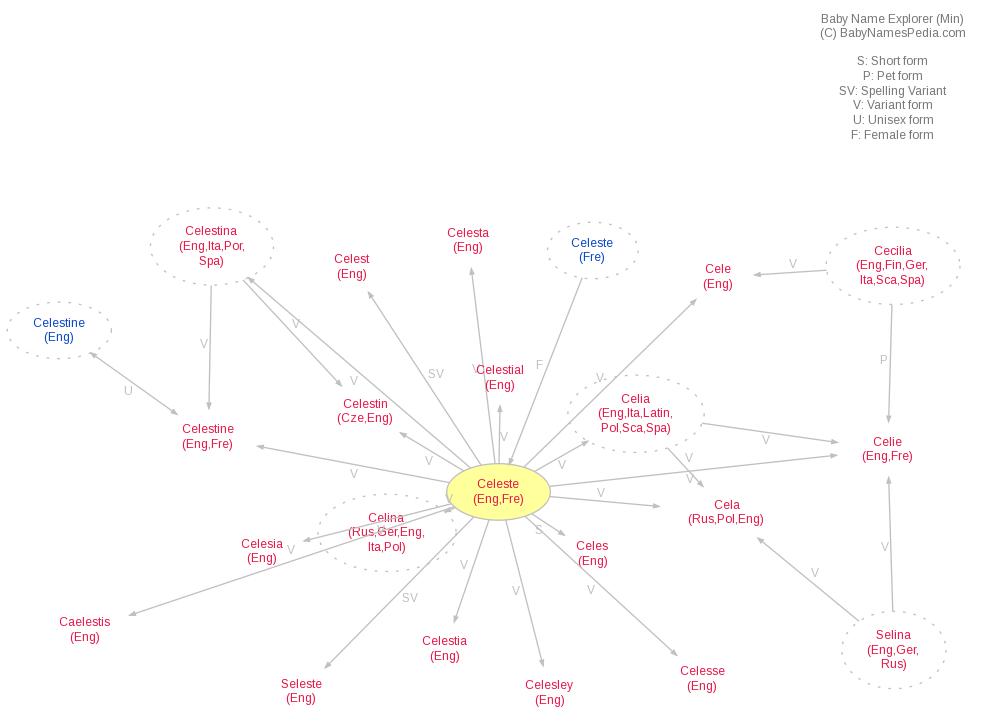