What does Ceridwen mean?

[ 3 syll. ce-ri-dwen, cer-idw-en ] The baby girl name Ceridwen is pronounced Keh-RIHDWehN †. Ceridwen is of Welsh origin, and it is used mainly in English and Welsh. It is derived from cerdd which means 'poetry' ; gwen 'white, fair, blessed, holy'. The name was borne in Celtic mythology by a magician and goddess of poetic inspiration, who was also the mother of Taliesin, the legendary bard and poet. It was rarely used in the medieval period, but saw a revival in the 19th century.

Ceridwen is uncommon as a baby name for girls. It is not in the top 1000 names. 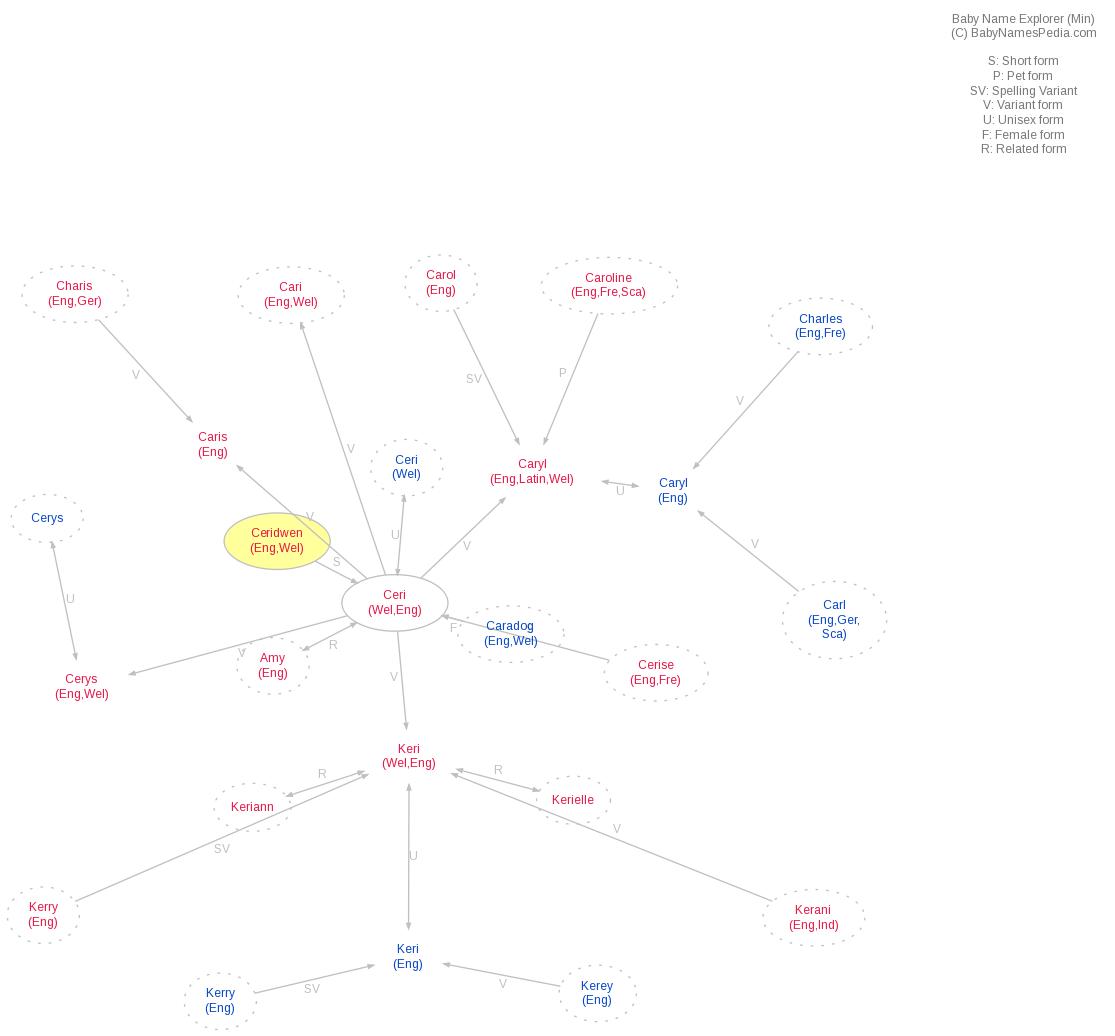