What does Cesar mean?

[ 2 syll. ce-sar, ces-ar ] The baby boy name Cesar is pronounced SEY-Saa-R †. Cesar's language of origin is Latin, and it is predominantly used in English, German, and Spanish. Cesar is a variation of Caesar (English).

Cesar is a fairly popular baby name for boys. The name's popularity grew from the 1940s up to the 2000s; before that, it was of only very light use. At the modest height of its usage in 2004, 0.120% of baby boys were named Cesar. It ranked at #157 then. The baby name has since experienced a decline in popularity. In 2018, it ranked at #333 with a usage of 0.052%, but it was nevertheless the most frequently used within all boy names in its group. 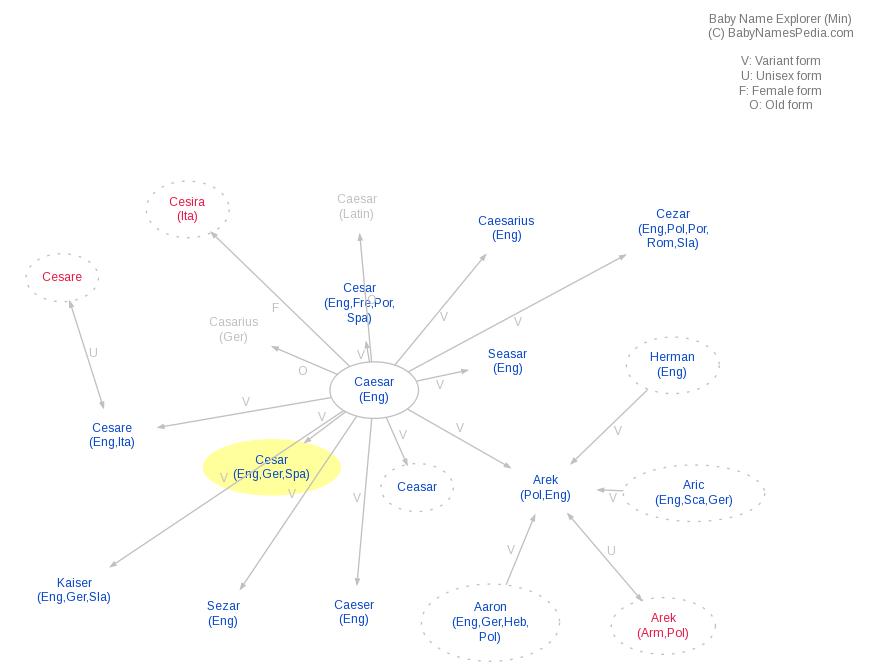