What does Chan mean?

[ 1 syll. (c)han, ch-an ] The baby girl name Chan is also used as a boy name. It is pronounced CH-ae-N †. Chan's language of origin is Cambodian, Pali, Old French, and Sanskrit. It is predominantly used in Chinese and English. From Cambodian roots, its meaning is 'a sweet-smelling tree'.

Chan is also a form of the English Chandelle.

Chan is also a form of the Yiddish, English, and Indian Channa in the English language.

A form of Chan is the name Chahn.

Chan is not commonly used as a baby girl name. It is not in the top 1000 names. 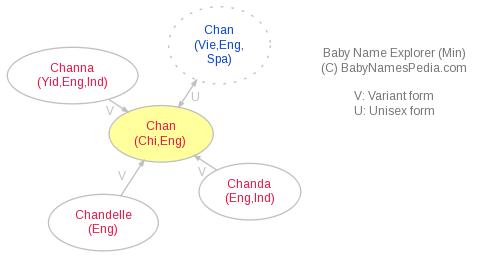