What does Chanda mean?

[ 2 syll. (c)han-da, ch-a-nda ] The baby girl name Chanda is pronounced as CH-AEND-ah or HHAAND-ah †. Chanda is largely used in English and Indian, and its origin is Pali and Sanskrit. In Pali texts, Chanda is a 'sincere wish'. In Hindu mythology, Chanda was a monster that Chamunda Devi killed.

In addition, Chanda is an Indian variant transcription of the name Chandra (English and Indian).

Variant forms inherit the origin and meaning of Chanda.

Chanda is unusual as a baby name for girls. Its usage peaked in 1976 with 0.027% of baby girls being named Chanda. Its ranking then was #460. The baby name has since fallen out of favor, and is now of very modest use. Among all girl names in its group, Chanda was nevertheless the most frequently used in 2018. 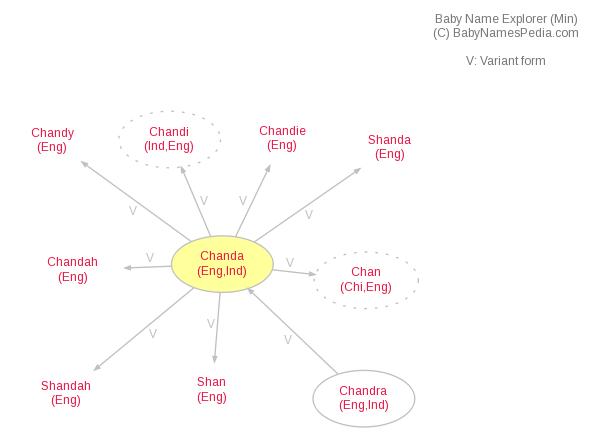