What does Chandler mean?

[ 2 syll. (c)han-dler, ch-andl-er ] The baby girl name Chandler is also used as a boy name, with the latter form being more popular. It is pronounced CH-AENDL-er †. Chandler has its origins in the Old French language and it is used largely in English. The name Chandler means 'candle maker, candle seller'. It is derived from chandelier meaning 'candlestick' ; candela 'light, candle'. It represents the transferred use of the job title and the surname as a given name. See Chandler for more information.

Another form of the name is the English spelling variant Chandlar.

Chandler is uncommon as a baby girl name. At the modest height of its usage in 1995, 0.039% of baby girls were named Chandler. It had a ranking of #353 then. The baby name has seen a substantial drop in popularity since then, and is currently used only on an infrequent scale. Within all girl names in its family, Chandler was nevertheless the most popular in 2018. Though there were times from 1993 to 1993 when more girls than boys were given the name Chandler, the name is today more frequently used for boys. There were 2 times more boys than girls who were named Chandler in 2016. 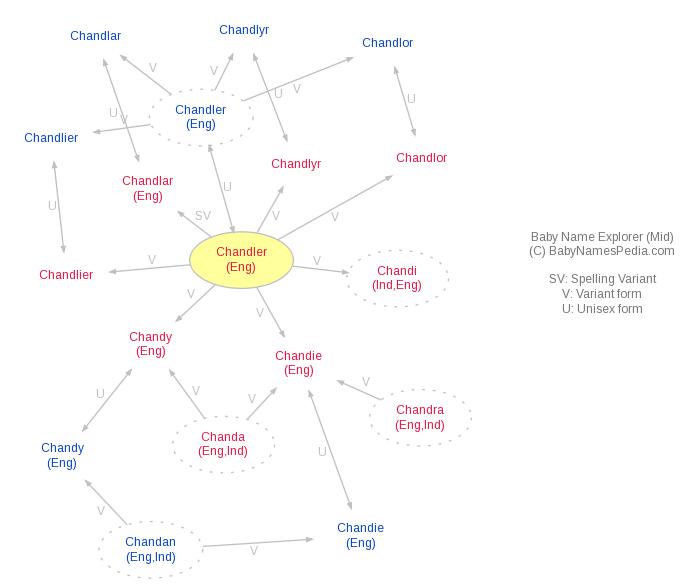