What does Charity mean?

[ 3 syll. (c)ha-ri-ty, ch-ar-ity ] The baby girl name Charity is pronounced as CH-EH-R-ih-Tiy- †. Charity is of Latin and English origin, and it is used mainly in English. English origin: It is from charity ; caritas which means 'charity' ; carus 'dear'. Caritas (Latin) is an original form of the name. The name is derived from the English word, which is of the Latin word caritas and ultimately carus. It implies a Christian's love for fellow men; Charity is held up in the New Testament as the greatest of the three Christian virtues, together with Faith and Hope. It was therefore one of the 'virtue' names adopted by English Puritans in the 17th century. In literature, it appeared as the name of the character Charity Pecksniff, nicknamed Cherry, in the Charles Dickens novel Martin Chuzzlewit (1843-1844).

Charity is an English variant transcription of Caritas (German and Italian).

What are the Variant Forms of Charity?

Charity is unusual as a baby name for girls. Its usage peaked in 1975 with 0.091% of baby girls being named Charity. It ranked at #183 then. The baby name has since fallen out of favor, and is of only very modest use now. Among all girl names in its group, Charity was nevertheless the most popular in 2018. 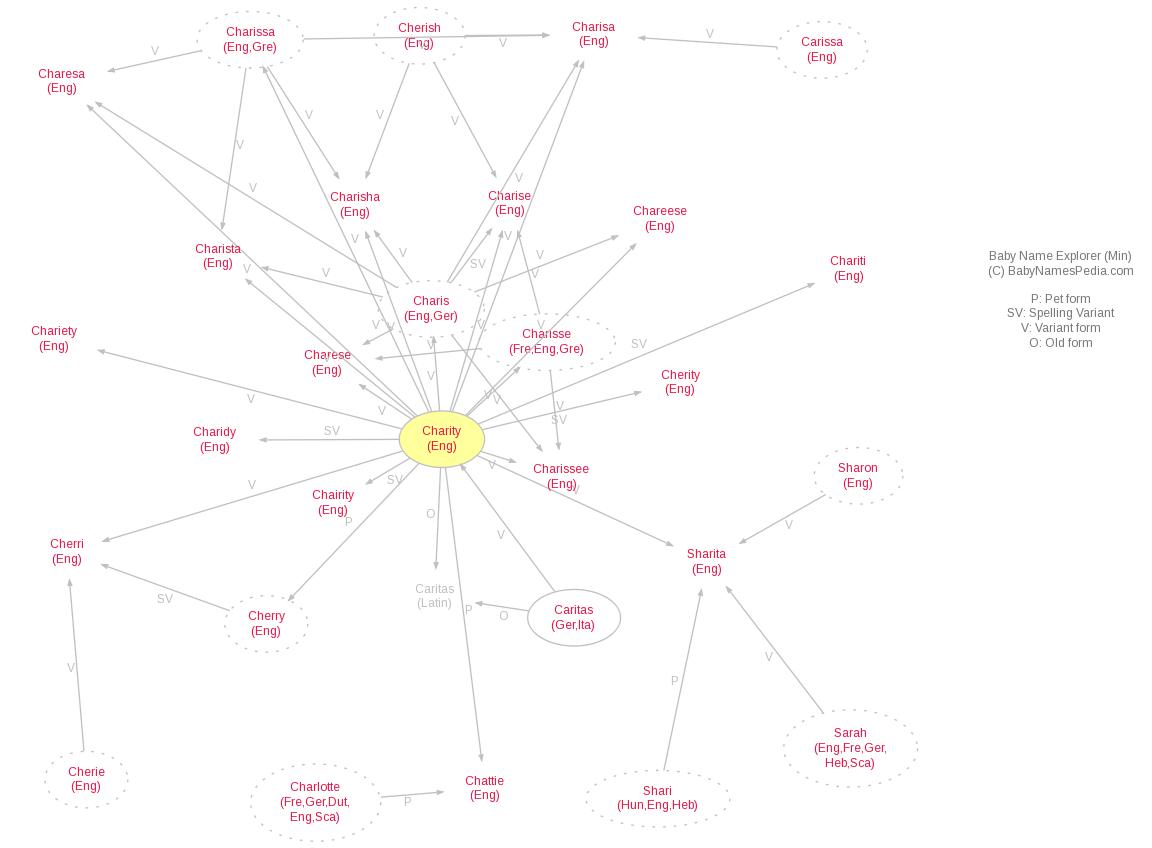