What does Chauncey mean?

[ 2 syll. (c)hau-(n)cey, ch-aunc-ey ] The baby boy name Chauncey is pronounced as CH-AO-NSiy- †. Chauncey is primarily used in English and its language of origin is Old French. It is from the element 'cheaunce' with the meaning chance. The first name is derived from the New England surname, itself probably of Old French origin. The first name has been used by English speakers since the 13th century. In the 17th century, it had sometimes been bestowed in honor of the second Harvard College president Charles Chauncey (1592-1672). The form Chance was later popularized by its appearance as the nickname of the fictional Chauncey Gardiner in the popular film Being There (1979).

Chauncey is rare as a baby name for boys. At the modest peak of its usage in 1903, 0.018% of baby boys were named Chauncey. It ranked at #416 then. The baby name has since suffered a marked fall in frequency, and is now used on a very light scale. Out of the group of boy names directly related to Chauncey, Chance was the most popular in 2018. 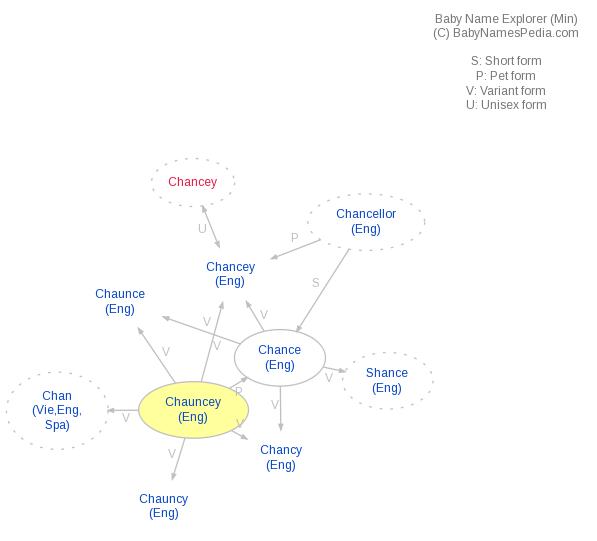