What does Chaya mean?

[ 2 syll. (c)ha-ya, ch-aya ] The baby girl name Chaya is pronounced CH-AH-Yaa- or HHAA-Yaa- †. Chaya's language of origin is Hebrew. It is predominantly used in English, Hebrew, and Indian. It is derived from the word hayya with the meaning 'alive, animal'. Chaya is the feminine form of the Hebrew Chayim.

Chaya has 12 forms that are used in English and foreign languages. English forms of the name include Chaia, Chaike, Chaye, Chayka, Chayla, Chaylah, Chaylea, Chaylee, Chaylene, and Chayra. Forms used in foreign languages include the Hebrew and Swahili Haya and the Hebrew Kaija.

Chaya is a rather popular baby girl name. The name has been rising in popularity since the 1980s. At the modest peak of its usage in 2018, 0.025% of baby girls were named Chaya. It was #640 in rank then. Out of all girl names in its family, Chaya was the most regularly used in 2018. 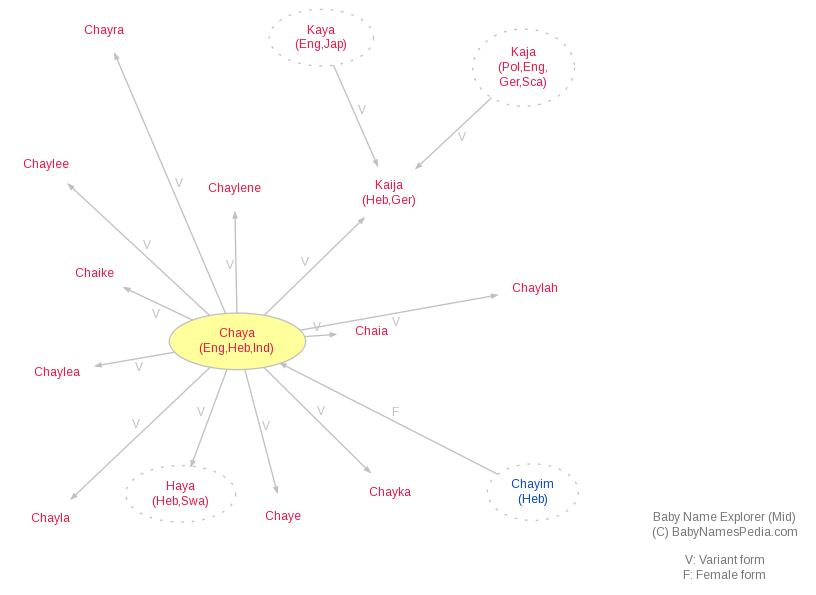