What does Chayim mean?

[ 2 syll. (c)ha-yim, ch-ay-im ] The baby boy name Chayim is pronounced as CH-ah-Yiy-M or K-ayYihM †. Chayim's origin, as well as its use, is in the Hebrew language. It is derived from the element 'hayyim' meaning life. In Jewish tradition and the Kaballah, the name helps the bearer remain healthy; thus it has sometimes been added as a second name to improve one's health. It is best known from the Israeli president Chaim Herzog (1918-97). The name Chaya (English, Hebrew, and Indian) is the female equivalent of Chayim.

Chayim is a rarely used baby name for boys. It is not listed in the top 1000 names. In 2018, out of the group of boy names directly linked to Chayim, Chaim was the most frequently used. 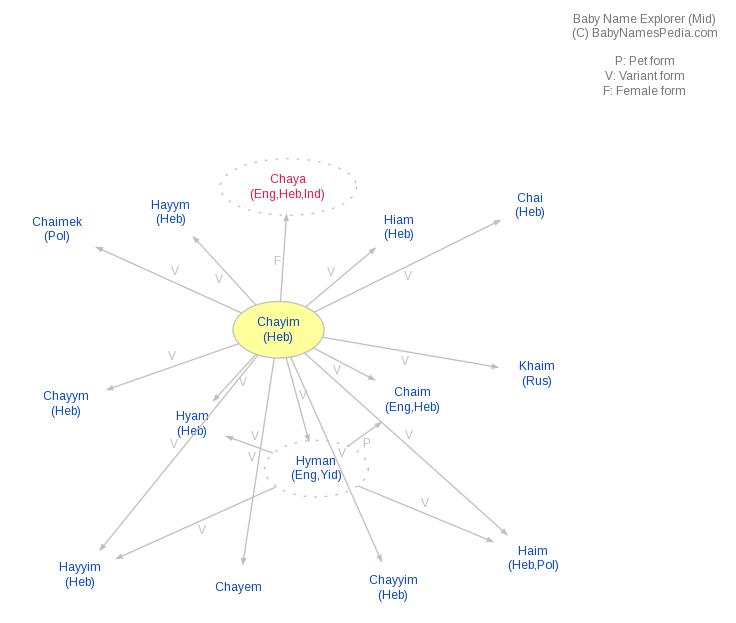