What does Cher mean?

[ 2 syll. (c)her, ch-er ] The baby girl name Cher is pronounced as -ihehR- †. Cher is used chiefly in English. Its origin is English and French. English origin: It is derived literally from the vocabulary word 'cher' with the meaning dear. The name has been adopted by English speakers since the early 20th century; it is most famous from the US pop singer Cher (1946-).

Cher is also a shortening of the name Cherilyn (English).

Cher is also a shortening of the name Cheryl (English and German) in the English language.

Cher is rare as a baby girl name. At the modest peak of its usage in 1972, 0.015% of baby girls were named Cher. It had a ranking of #650 then. The baby name has suffered a substantial fall in popularity since then, and is today of very light use. Out of all girl names in its family, Cher was nevertheless the most popular in 2018. 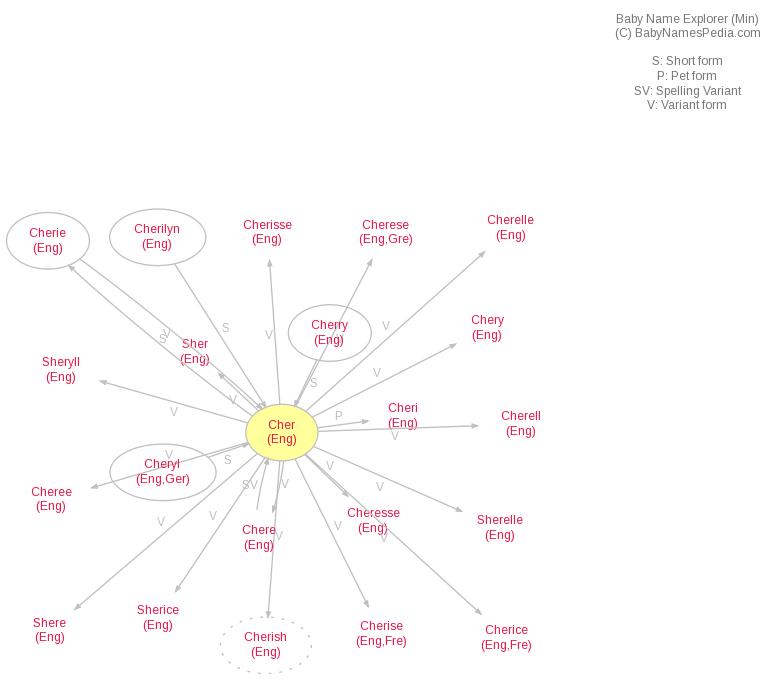