What does Chester mean?

[ 1 syll. (c)hes-ter, ch-est-er ] The baby boy name Chester is pronounced CH-S-T-er †. Chester's origin is Old English and English, and its use, English. Old English origin: The first name is derived from the surname, which is itself from an English place name found in the city of Chester in Cheshire. The place name is from the Latin castra (meaning 'fort, soldier's camp') in reference to a fort or soldier's camp built by the Romans when they conquered Britain. The name was first adopted by English speakers at the end of 19th century.

In addition, Chester is a short form of Rochester (English).

Chet (English short form) is another variant of Chester.

Chester is an uncommon baby name for boys. At the modest height of its usage in 1918, 0.352% of baby boys were given the name Chester. It ranked at #54 then. The baby name has since steeply fallen in popularity, and is of only sporadic use now. Within all boy names in its group, Chester was nonetheless the most widely used in 2018. 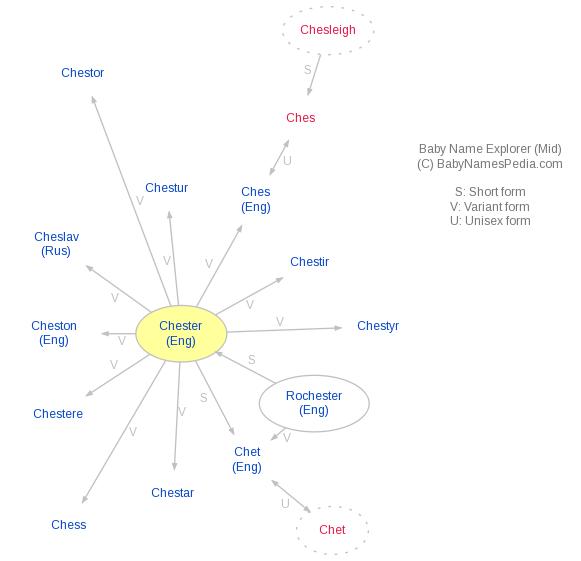