What does Cheyenne mean?

Cheyenne is of Dakota origin and it is predominantly used in the English language. The name is of disputed origin; it could be from shahiyena, the Dakota name of a Native American tribe of the Great Plains. It was borne by Cheyenne Brando (1970-), the daughter of the actor Marlon Brando.

What are the Variant Forms of Cheyenne?

Variant forms inherit the origin and thus the meaning of the name Cheyenne.

Cheyenne's origin is English. This name could be derived from the name Anne.

Cheyenne is fairly popular as a baby name for girls. The name increased in popularity from the 1970s up to the 1990s; prior to that, it was of only very light use. At the modest height of its usage in 1996, 0.254% of baby girls were named Cheyenne. Its ranking then was #69. The baby name has since experienced a decline in frequency. In 2018, it ranked at #466 with a usage of 0.036%, but it was nevertheless the most regularly used within all girl names in its group. 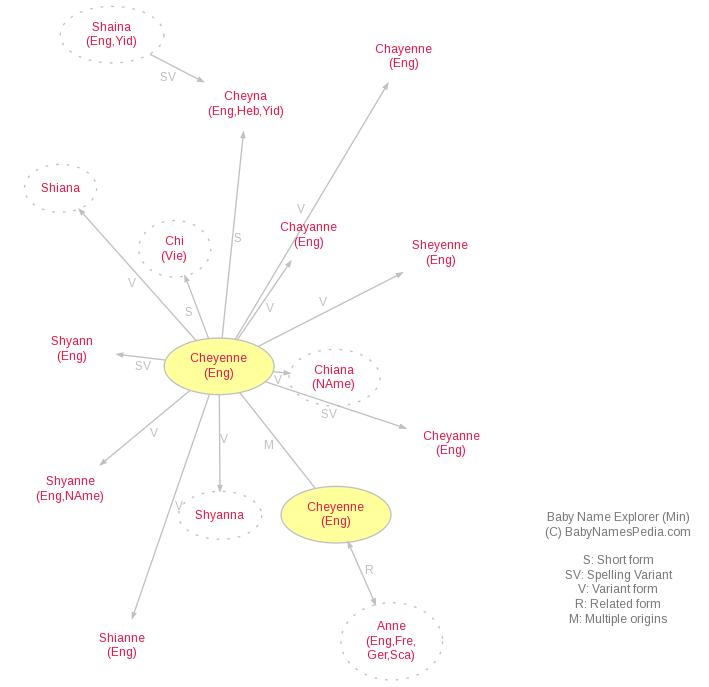