What does Chloe mean?

[ 2 syll. (c)hloe, ch-l-oe ] The baby girl name Chloe is pronounced KLOW-iy in English †. Chloe's language of origin is Old Greek, and it is used largely in the English and German languages. It is a biblical name derived literally from the word chloe which means 'young green shoot'. An older form of Chloe is Khloe (Old Greek). In Greek mythology, this was borne as an epithet by Demeter the goddess of fertility and agriculture, in reference to her recurring fertility. The goddess also appeared in Daphnis and Chloe, a pastoral romance by the Greek novelist Longus in the 2nd century, which was later adapted into a ballet (1909-1912) by Maurice Ravel. In the Bible, it was borne by one of Paul's converts; consequently the name was adopted by English Puritans in the 17th century. The name has appeared in numerous works of literature, such as Sir Philip Sidney's prose romance The Arcadia (1590) and Harriet Beecher Stowe's anti-slavery novel Uncle Tom's Cabin (1852), which promoted the use of the name among 19th century Black slaves in USA. 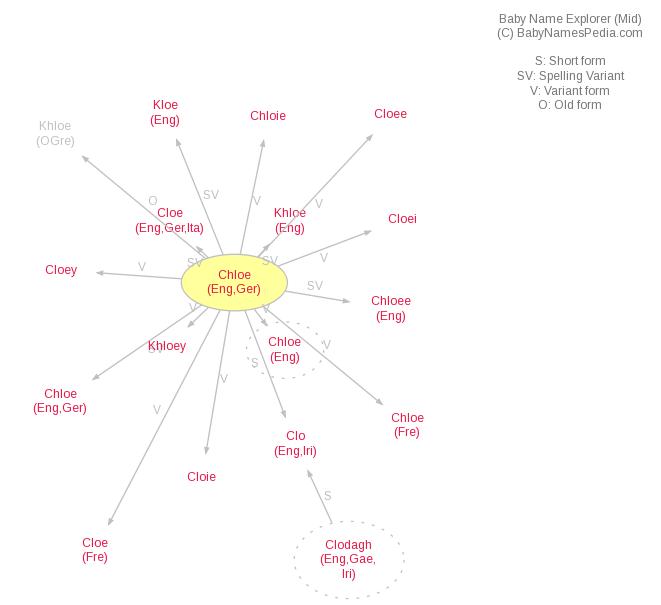