What does Christabel mean?

[ 3 syll. (c)hris-ta-bel, ch-ristab-el ] The baby girl name Christabel is pronounced KRIHSTaa-BehL †. Christabel's language of origin is Latin and it is used largely in the English language. The name's meaning is 'beautiful Christian'. It is derived from christianus meaning 'christian' ; bella 'beautiful'. The name can be taken as a combination of Christine with the suffix '-bel' or the name Bella. It can also be taken to be of the Latin christianus and 'bellus'. It was in use by English speakers as early as the 16th century, and it later grew in popularity by association with the Samuel Taylor Coleridge poem Christabel (1797,1800). The name is sometimes bestowed in honor of the suffragette Christabel Pankhurst (1880-1958).

In addition, Christabel is a derivative of the Dutch, English, German, Greek, and Scandinavian Christina.

Christabel is infrequently used as a baby name for girls. It is not ranked within the top 1000 names. In 2018, out of the group of girl names directly linked to Christabel, Bella was the most regularly used. 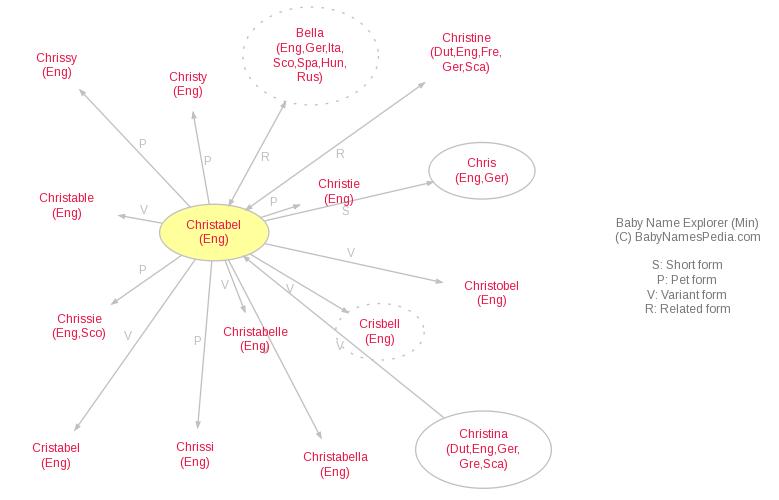